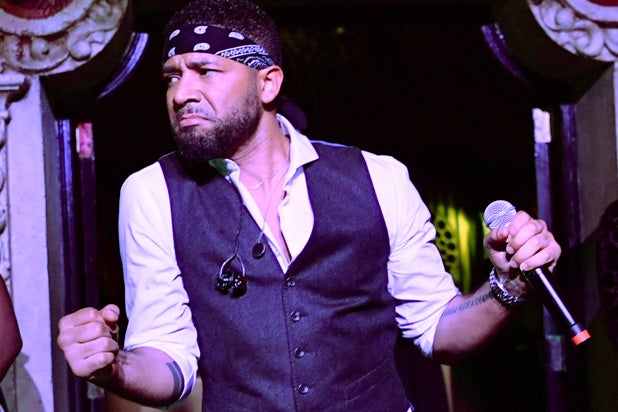 “Our son and brother is an innocent man whose name and character has been unjustly smeared,” Smollett’s family said in a statement. “Jussie is a son, a brother, a partner, a champion for human rights, and a genuine soul who would never be capable of what he was falsely accused of. He was the victim of an assault and then falsely blamed for his own attack. This morning truth has prevailed and he has been vindicated. All charges have been dismissed and his record expunged (cleared).”

“The painful incidents we’ve witnessed him endure over the past 7 weeks have been heartbreaking and unjust to say the least,” the statement continued. “While many were quick to rush to judgement before hearing the actual truth, we are grateful that the truth about Jussie has come to light. We look forward to bringing the real perpetrators to justice. We thank God and our village for standing by us during this trying time.”

All criminal charges against Smollett were dropped Tuesday after the “Empire” star was indicted on of filing a false police report earlier this month. He appeared in court on March 14 to plead not guilty to 16 counts of disorderly conduct after being accused of lying to police regarding a Jan. 29 incident, in which Smollett said he was randomly attacked by two men shouting racial and homophobic slurs in his Chicago neighborhood.

“After reviewing all of the facts and circumstances of the case, including Mr. Smollett’s volunteer service in the community and agreement to forfeit his bond to the City of Chicago, we believe this outcome is a just disposition and appropriate resolution to this case,” the Cook County State’s Attorney’s office said in a statement Tuesday.

Smollett — who plays the openly gay Jamal Lyon on Fox’s hip-hop drama — was originally charged with one felony count for filing a false police report last month. Smollett and his attorneys continuously denied any wrongdoing throughout the criminal proceedings, as police accused the actor of staging the attack himself. His next court date had been set for April 17.

“Today, all criminal charges against Jussie Smollett were dropped and his record has been wiped clean of the filing of this tragic complaint against him,” Smollett’s attorney Patricia Brown Holmes said in a statement to TheWrap Tuesday. “Jussie was attacked by two people he was unable to identify on January 29th. He was a victim who was vilified and made to appear as a perpetrator as a result of false and inappropriate remarks made to the public causing an inappropriate rush to judgement [sic].”

“Jussie and many others were hurt by these unfair and unwarranted actions,” she continued. “This entire situation is a reminder that there should never be an attempt to prove a case in the court of public opinion. That is wrong. It is a reminder that a victim, in this case Jussie, deserves dignity and respect. Dismissal of charges against the victim in this case was the only just result. Jussie is relieved to have this situation behind him and is very much looking forward to getting back to focusing on his family, friends and career.”

Holmes added that “there was no deal” to get the Cook County State’s Attorney’s Office to drop the charges against the “Empire” star.

Smollett concluded: “Now I’d like nothing more than to get back to work and move on with my life. But make no mistake, I will always continue to fight for the justice, equality and betterment of marginalized people everywhere.”

Smollett attorney Mark Geragos added via Twitter: “Today, all criminal charges against Jussie Smollett were dismissed by the Prosecution. Jussie’s record has been wiped clean. Jussie was attacked by two people he was unable to identify. He was a victim and was victimized again in a rush to judgment. Apologies accepted.”

Smollett surrendered himself to Chicago police on Feb. 21, hours after he was formally charged. He was released from police custody later that afternoon, after posting bail and surrendering his passport following a bond hearing, and quickly returned to work on the set of “Empire.”

However, the following day, executive producers said they had decided to remove Smollett from the final two episodes of the show’s current season.

During a press conference last month, hours after Smollett’s Feb. 21 surrender, Chicago PD Superintendent Eddie Johnson said that the actor staged an attack on himself because he was “dissatisfied with his salary.” He also told reporters the police were in possession of a $3,500 check, which he said Smollett used to pay brothers Olabinjo (“Ola”) and Abimbola (“Abel”) Osundairo for the incident.

The Osundairos were released without charges Feb. 15, following an arrest and 48-hour hold, after the police said “new evidence” had emerged and that the investigation’s “trajectory” had changed course. Smollett was arrested a few days later.