Jussie Smollett has been ordered to be released from jail during his appeal process, a court in Chicago ruled on Wednesday, according to the Associated Press.

Earlier this month the “Empire” actor was sentenced to five months in jail, as well as a fine of $25,000 and a 30-day probation period. His lawyers argued that he would have completed his jail sentence by the time the appeal process was completed and that he could be harmed if locked up in Cook County Jail. 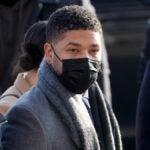 Also Read:
Jussie Smollett’s Brother Says the Actor Is in a Jail ‘Psych Ward’ and It’s ‘Not Right’

Smollett was previously found guilty last December on charges that he staged a hate-crime attack against himself in 2019. Judge James B. Linn stated that the evidence against Smollett was “overwhelming” and that the jury’s verdict in his case was “correct.”

In January 2019, the actor told Chicago police he was assaulted late at night by two men yelling racist and homophobic slurs, who wore pro-Trump apparel and left him with a noose around his neck. Cook County State Attorney Kim Foxx initially dismissed charges against Smollett, but a re-opened investigation purportedly showed that Smollett staged the attack with the help of the Osundairos, who appeared as extras on “Empire” and claimed that Smollett paid them $3,500 for their involvement.

Smollett was charged with six counts of disorderly conduct, and in December, was convicted on five of those counts. Those charges carried a maximum sentence of three years in prison — Disorderly Conduct for filing a false police report is a Class 4 felony. 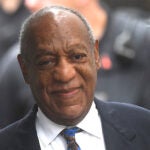 Throughout his trial, Smollett maintained his innocence, testifying that the incident was “no hoax,” according to The Associated Press, and that the payment to Abimbola Osundairo was for his services as a trainer. Smollett also said that he and Abimbola Osundairo had multiple sexual encounters, which contradicted Abimbola’s own testimony that the two had no prior sexual relationship.

The saga cost Smollett his role on “Empire” as his character, Jamal Lyon, was written off during the show’s sixth and final season.