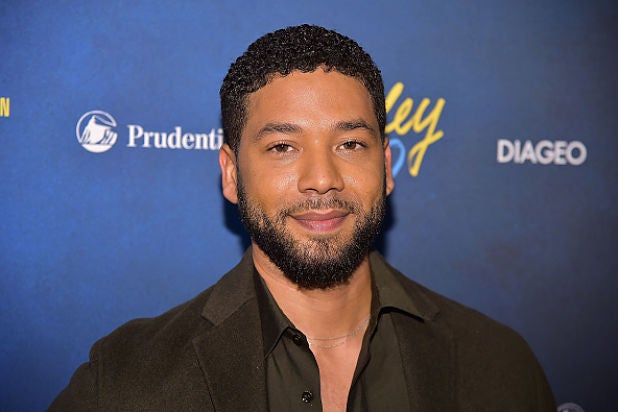 Chicago police said “Empire” star Jussie Smollett handed over “limited and redacted” phone records after the department publicly stated that he had declined to hand over his phone to help officers investigate his report that he was attacked by two men.

“Chicago Police received limited and redacted phone records from the victim,” the Chicago PD said in a statement Monday. “These records will be analyzed by detectives and we will be in contact with the victim should additional information be needed.”

Later on Monday, another Chicago police spokesman, Anthony Guglielmi, told Chicago’s ABC 7, “We are very appreciative of the victim’s cooperation however the records provided do not meet the burden for a criminal investigation.”

Reps for Smollett did not immediately respond to a request for comment Monday afternoon.

Smollett told Chicago police on Jan. 29 that two men attacked him while yelling racial and homophobic slurs and referencing “MAGA.” A police statement said chemicals were poured on the “Empire” star’s face, and a rope placed around his neck.

Police had asked for Smollett’s phone records because he said he was on a call with his manager, Brandon Z. Moore, during the attack.

On Jan. 31, the Chicago PD told TheWrap in a statement: “Both the victim and the manager made independent statements to detectives that they were on the phone with one another during the alleged attack. CPD has no reason to doubt these claims. Detectives, however, were not able to independently verify the statements as cell phone records were not provided to investigators when asked. Therefore we are not able to confirm this.”

On Feb. 1, an individual close to the situation told TheWrap that police never specifically asked Smollett to hand over his phone records. Rather, the person said, police “casually asked if he wanted to turn over his phone,” but Smollett was not comfortable giving it up.

Also on Monday, CPD said that an empty bottle that smelled like bleach was found near the location where Smollett said he was attacked. The bottle was found by New York Post reporters who had retraced the actor’s path the night of the incident.

“It’s unclear if that is related to the incident as it was not discovered during any of the earlier canvasses but we took it for analysis,” a spokesperson for Chicago PD said in a statement. “The FBI is providing CPD with technical assistance on this case at our request. I’m not sure if the bottle went to their lab or one of ours.”