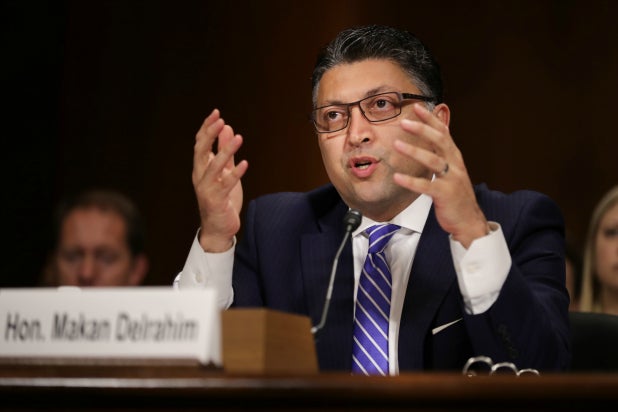 The Department of Justice released a legal brief on Tuesday urging the federal judge overseeing the Hollywood agency lawsuit against the Writers Guild of America to reject the guild’s defense that it is exempt from antitrust law.

The brief was filed by the DOJ’s Antitrust Division, led by Makan Delrahim, and comes 10 days before Judge Andre Birotte is set to hear the WGA’s motion to dismiss the lawsuit filed by William Morris Endeavor, Creative Artists Agency and United Talent Agency, who argue that the guild is participating in an “illegal boycott” by having thousands of its writers terminate their representation in order to pressure the agencies to eliminate packaging fees.

“The Writers Guild’s motion to dismiss is premised on the notion that as a legitimate union its judgment about what is best for its members cannot be ‘second-guess[ed]’ by this Court,” the brief read. “Application of the labor exemptions here, however, is not so facile.”

“While any construction of the labor exemptions must allow unions to restrict competition in labor markets in pursuit of legitimate labor law goals, courts must also be careful to circumscribe the application of these exemptions lest unions be ‘giv[en] free rein to extend their substantial economic power into markets for goods and services other than labor.'”

In their own federal lawsuit against the agencies, the WGA has argued that packaging fees — payments from a studio to an agent in exchange for packaging talent on a project — are a conflict of interest that has held back writer pay for decades. The guild is looking for a federal ruling declaring packaging fees are a violation of labor law by serving as an illegal kickback payment from an employer to a representative of an employee.

In a statement, WGA West President David A. Goodman condemned Delrahim’s decision to get involved in the ongoing legal battle, connecting the Assistant Attorney General to the U.S. president who appointed him to the position, Donald Trump.

“It’s not surprising that Trump’s Justice Department has filed a brief designed to weaken a labor union’s effort to protect its members and eliminate conflicts of interest by talent agencies,” Goodman wrote. “The agencies’ antitrust claims are contrary to Supreme Court precedent, and we remain confident that the court will dismiss them.”

This is the second time in as many weeks that Delrahim’s division has gotten itself involved in Hollywood matters. Last week, Delrahim announced that the DOJ would seek to repeal the 1948 Paramount consent decrees, a landmark Supreme Court ruling that forced Hollywood studios to give up their ownership of theater chains.

The DOJ also sided with Netflix earlier this year in an industry debate over whether films produced for streaming should be eligible for Academy Awards. Though it did not seem to have anything to do with antitrust law, Delrahim sent a letter in March to Academy CEO Dawn Hudson voicing concern that ruling Netflix films ineligible for Oscars may create a precedent that would “suppress competition” and “may raise antitrust concerns.”