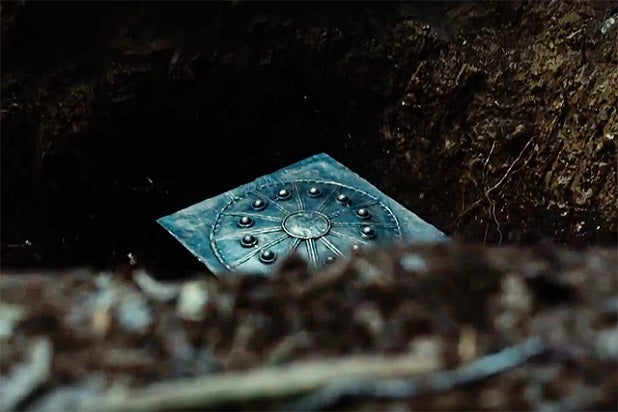 “Justice League” sees the team-up of some of DC Comics’ greatest heroes, so it makes sense that they need a villain to match — along with a threat to destroy the world to get everyone’s attention.

That villain is Steppenwolf, an extraterrestrial conqueror with his own army. In “Justice League,” he’s after three objects known as the “Mother Boxes,” which have some insane power under their control. A lot of time is spent in the movie discussing the Mother Boxes, but if you’re not up on your DC Comics lore, you might find yourself scratching your head a bit.

In the comics, the Mother Boxes are powerful machines that were first created on the planet New Genesis, where a species called the New Gods hails from. The first box was created by a scientist called Himeon, but not even he or the other New Gods fully understand them, but they’re apparently a kind of powerful, sentient supercomputer. They also bond with their owners, and will even self-destruct when their owners die because of the bond they share.

That could explain a bit of who Steppenwolf is talking to throughout “Justice League” when he refers to “Mother.” There’s not a “mother” character in the movie, but he could very well be communicating with the boxes that have bonded with him.

The Mother Boxes have a great deal of power and uses in the comics. They’ve been known to affect and alter gravity, transfer energy, heal heroes and villains from injuries that would be fatal, control machines and even bring those machines to life.

“Justice League” features three Mother Boxes, which Steppenwolf uses in conjunction with each other to amplify their power. According to the backstory Wonder Woman explains, Steppenwolf attacked Earth in the past with the Mother Boxes, trying to use their power not only to conquer the planet, but to completely remake it.

Also Read: Does 'Justice League' Have a Post-Credits Scene?

The movie doesn’t explain much else about the Mother Boxes, but now that they’re established in the world of DC’s movies, it seems very possible the powerful artifacts could pop up again in the future and have all kinds of effects on their shared universe.