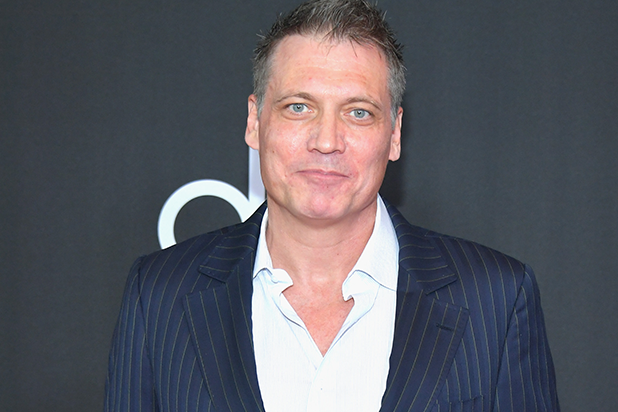 Warning: There are light spoilers for “Justice League” ahead.

You may have missed it, but that burglar Batman (Ben Affleck) fights in the opening scene of “Justice League” was “Mindhunter” star Holt McCallany, and the actor said the scene was originally much more comedic than the version that ended up in theaters.

“My scene with Batman was originally conceived as a comedic scene,” McCallany told Men’s Fitness in a recent interview. “That’s how Joss [Whedon] wrote it, and that’s how we shot it. I thought it came out great, but the studio felt it would be a mistake to open the film with a completely comedic scene, so it was re-edited a little bit.”

McCallany said he was “disappointed” by the change, but when he got home to New York, he “found a bottle of my favorite Champagne and a note from Joss that said, ‘To Battles Lost. Gratefully, Joss.’ I can’t tell you how much it meant to me that he took the time to write to me. Joss Whedon is a class act. I had the letter framed.”

The actor also said that because his character didn’t die, “it could be laying some groundwork for another appearance down the line.”

“That would be exciting,” he said of the prospect of sticking around in the DC Extended Universe.

McCallany said he had fun using boxing experience and stunt work from previous films to fight Batman (he was in “Fight Club”), but said, “In this case, it’s fighting a superhero, so it’s tougher — Batman can do a lot of things other guys can’t do.”

The actor said he was at one point “in consideration for a very good role in the Marvel universe,” but the role went to someone else, “so it was nice to be involved with ‘Justice League.’ It was also my first time working with so much green screen — a lot of reacting to Parademons I can’t actually see.”

Catch McCallany’s cameo in “Justice League” is in theaters now.