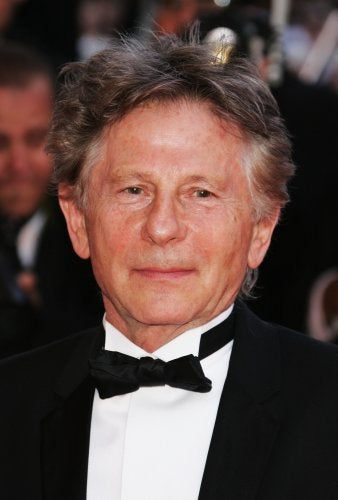 Roman Polanski’s attorney made his pitch to an appeals court Thursday to either dismiss the 32-year-old sexual-assault case against the film director or, at the very least, order a local judge to hold an evidentiary hearing without requiring Polanski’s presence.

The dark wood paneling and dim steakhouse lighting at California’s Second District Court of Appeal (reporters could not even read the justices’ name plates) lent a noirish tone to the proceedings before the three-judge panel.

Polanski’s side has been waging its fight to have charges against the auteur dropped since 2008, but hit an obstacle when Los Angeles Superior Court Judge Peter Espinoza declared that he could not consider the motion without its petitioner – Polanski – being present in court.

Such an appearance, of course, would immediately land Polanski in jail for fleeing the country in 1978. Attorneys Chad Hummel (pictured below) and Douglas Dalton (Polanski’s lawyer from the original 1977 case) then filed a motion with the appellate court to overturn Espinoza’s ruling. They want Espinoza to consider evidence of judicial misconduct arising from the case’s original judge’s decision to renege on a plea deal worked out between Polanski and the D.A.’s office.

The District Attorney’s office has, in the meantime, been arguing that Polanski’s Swiss arrest on a U.S. warrant has made Hummel and Dalton’s motion moot because, the D.A. claims, Polanski’s going to soon be here in court anyway. Hummel begged to differ, arguing that the matter could and should be resolved by the appellate court before resolution of Polanski’s status by the Swiss.

Anyone who saw Hummel in action on behalf of LAPD Sergeant Mark Arneson during the first Anthony Pellicano trial knows what an accomplished courtroom performer the Manatt Phelps & Phillips attorney is. Hummel’s imposing presence, booming voice and air of barely restrained outrage make him the perfect advocate for the more PR-challenged defendant, including Polanski, who was originally charged with raping and sodomizing a 13-year-old girl in Jack Nicholson’s Jacuzzi after giving her half a Quaalude.

Over and over Hummel pounded on the now-universally conceded judicial and prosecutorial misconduct surrounding the original case – misconduct brought to light in a 2008 HBO documentary, “Roman Polanski: Wanted and Desired.” That film’s director, Marina Zenovich, watched in court as Hummel cited her documentary, which had exposed a gross level of illegal ex parte communication between a prosecutor and Polanski’s original judge, Laurence Rittenband.

Hummel was followed by Lawrence Silver, who was and remains the attorney for Polanski’s victim, Samantha Geimer. Silver joined Hummel in calling for dismissal of the charges, but for different reasons – he said Geimer does not wish to go through the ordeal of any legal proceedings, including, potentially, a new Polanski trial.

Silver’s arguments seemed to skate on thin ice, however, as he cited a recent amendment to the state constitution involving crime-victims’ rights. Those rights 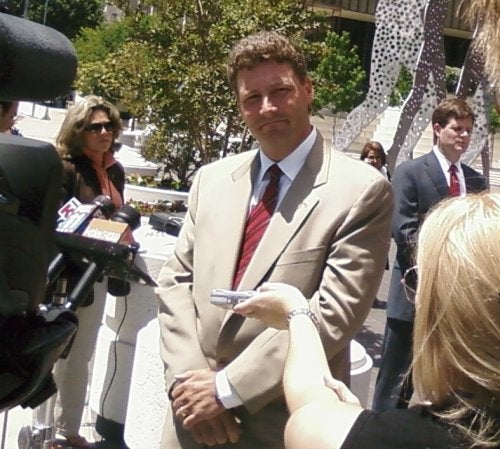 became law after Proposition 9 was passed by California voters in 2008, although with the clear intent of making it more difficult for district attorneys to file lesser charges against criminal suspects – not to allow victims to veto the suspects’ prosecution. Still, the justices – associate justices Fred Woods and Laurie Zelon and presiding justice Dennis Perluss, didn’t seem willing to challenge Silver, although Woods did opine that the lawyer “got the flip side” of the law’s original intent.

The justices saved their hammering for deputy district attorney Phyllis Asayama, who argued that the doctrine of fugitive disentitlement says Polanski ceded his right to challenge the propriety of his first judge’s actions when he fled the country 31 years ago without filing a complaint against Rittenband.

Justice Zelon, who’s something of a dead ringer for Joan Baez, noted that none of the cases Asayama cited in support of her position involved charges of judicial misconduct.

Asayama’s constant fallback reply seemed to be, “He is in custody. The people ask, Why shouldn’t he be here?”

Hummel and Dalton’s position was naturally the opposite – Why does Polanski have to be here to have a hearing on throwing out his case?

“This is not a chicken-and-egg problem,” Hummel said near his rebuttal’s conclusion. “The chicken was the misconduct.”

The justices have 90 days to issue a decision, but their remarks today suggested they are aware that Swiss officials may well be holding off on their own decision on what to do with their famous prisoner, who’s now under house arrest, until California acts.