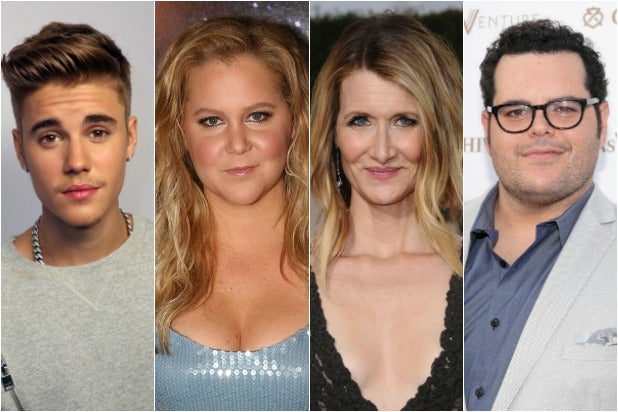 The strong, determined and loud voices of the teenagers who survived Wednesday’s shooting at Marjory Stoneman Douglas High School in Parkland, Florida, are leading the charge to the streets of Washington D.C. and across the country to end gun violence and mass shootings in schools… and Hollywood celebs are lining up in support.

“On March 24, students are leading marches in DC & across the country to demand that lawmakers do their jobs and take action to prevent gun violence. Get involved,” Amy Schumer tweeted end with the hashtag, #MarchForOurLives.

Schumer is just one of many Hollywood heavy-weights joining the rallying cry for a change in gun laws to, hopefully, prevent another mass slaying like the one that took 17 lives in Parkland.

The movement was created by, inspired by and led by students taking who believe that now is the time to talk about guns.

“We need to pay attention to the fact that this isn’t just a mental health issue,” Emma Gonzalez, a senior at the school told the crowd at an anti-gun rally Saturday. “[The shooter] wouldn’t have been able to kill that many people with a knife.”

Here are a handful of celebrities who are supporting the cause:

Cameron good talking to you last night. All of your bravery is amazing. I stand with you guys. #march24 #marchforourlives https://t.co/oKG8MmhzaI

On March 24, students are leading marches in DC & across the country to demand that lawmakers do their jobs and take action to prevent gun violence. Get involved: https://t.co/s57UYt3xRO#MarchForOurLives @Everytown

We are all sickened by what happened in FL last week, but we cannot ignore these tragedies any longer. I am so inspired to see the students of Parkland & kids all over this country standing up to the status quo. On March 24, we march. Join us. #MarchForOurLives @MarchForOurLives pic.twitter.com/2v3yABKYn3

Students will create a “badge of shame” for politicians who take money from the NRA. #MarchForOurLives @Everytown @MomsDemand @GiffordsCourage https://t.co/RtdUfl9V4Q

On March 24th, we march. Get off ur ass and join us. #GunReformNow #MarchForOurLives https://t.co/Cvfzc47VkM

March 24 -Students are leading march on Washington and across the country to demand lawmakers do their jobs and take action to prevent gun violence. #MarchForOurLives @Everytown

This is an exciting and important moment. On March 24, students are leading marches in DC & across the country to demand that lawmakers do their jobs and take action to prevent gun violence. Get involved: https://t.co/u4MKGLpoZR #MarchForOurLives @Everytown

Join me on March 24 as we march for our lives. #MarchForOurLives https://t.co/7RmueDo5gu

I haven’t been a student in +20 yrs. I’ll be one of the old people at #MarchForOurLives. But I plan to be in DC on 3/24, supporting these students. I will march for all the young people I love. They have a right to go to school without fear of being shot. https://t.co/fTJDmKd1pS