Justin Bieber is sorry for publicly supporting Morgan Wallen’s album, with Bieber saying on Instagram he had “no idea” the country music artist was caught using the N-word earlier this year. Bieber also apologized for the “hurtful racist jokes” he’d made in the past.

“I had no idea that the guy’s music I posted was recently found saying racist comments,” Bieber said. “As you know I don’t support or tolerate any sort of racism or discrimination. I had no idea, I sincerely apologize to anyone I offended.”

Wallen has been heavily criticized since TMZ in February published a video of him yelling to a friend, “Take care of this p—– ass n—-.” Soon after, Wallen’s songs were dropped from the rotation at many country radio stations and his contract with his label was suspended. 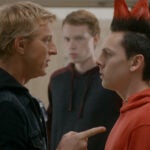 Last month, Wallen said in an interview with “Good Morning America’s” Michael Strahan that he was “just ignorant” about the slur. Wallen told Strahan he hadn’t used the N-word “frequently” in the past, saying he specifically used it around the “certain group of friends” he was seen with in the February video.

“I was around some of my friends, and we just … we say dumb stuff together,” Wallen said. “And it was — in our minds, it’s playful … that sounds ignorant, but it — that’s really where it came from … and it’s wrong.”

Wallen told Strahan he donated $500,000 of the surge in album sales he saw following the video’s leak to the Black Music Action Coalition and other advocacy groups.

Bieber on Wednesday also apologized for previous racist comments he’d made. In 2014, a video of a 15-year-old Bieber telling a racist joke was published, which was followed soon after by another video of him as a 14-year-old using the N-word and joking about the Ku Klux Klan. The singer apologized for both videos at the time and seemed to reference the incidents in his Instagram comments about Wallen. 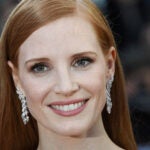 “When I was a kid, I was incredibly ignorant and said some very hurtful racist jokes that were clearly not funny,” Bieber said. “I hurt a lot of people especially the Black people in my life but was fortunate enough to have had them educate me on the horrifying origin of the N-word. This brings those painful memories back up, I will always take ownership for my ignorance and my past because I know I am not that person.”

The 27-year-old singer added there’s “so much more to learn” and that he was “grateful for my Black brothers and sisters for being patient with me.”