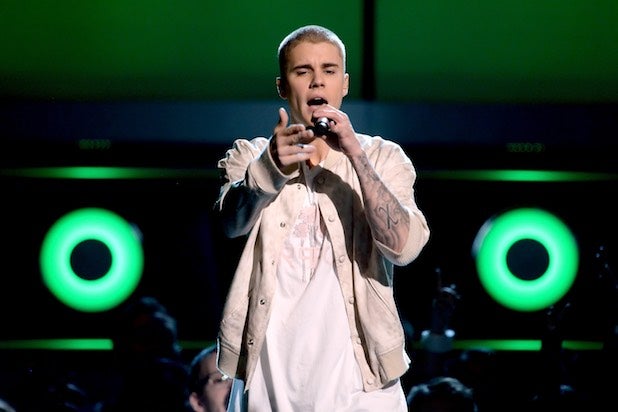 Justin Bieber is the latest celebrity calling for Laura Ingraham to be fired from her Fox News show, saying in an Instagram post that her segment covering the death of musician Nipsey Hussle was “absolutely disgusting.”

“Laura Ingraham absolutely disgusting what you did on national television. How dare you laugh in the face of a person who has passed on. Doesn’t matter who it is. But disrespecting someone’s who was a pillar in the community and did right by people?” Bieber said. “Did you not think about the family who just lost a love one and now have to see you mock him on national television It’s absurd and you should be fired period.”

“Thank You!” rapper Meek Mill added in the comments.

Bieber took issue with a segment Ingraham ran in which the Fox News host appeared to mock Hussle shortly after he was killed in Los Angeles last month.

“This dear artist recently released a song called ‘FDT.’ F Donald Trump,” she said in a piece on the rapper after his death, before playing clips of the song that features a chorus repeating the line “F— Donald Trump.”

“OK, that’s a very creative refrain,” Ingraham added. “The chorus that goes on and on, is that related to lowest unemployment ever, basically, for African Americans?”

Also Read: Laura Ingraham Boycott: After a Year, Ratings Are Up But Ad Time Is Still Way Down

The segment coming so soon after Nipsey’s death sparked an immediate backlash, with Bieber actually being late to join a chorus of people who have already condemned Ingraham’s remarks and called for her termination.

L.A. rapper The Game also expressed his disapproval on Instagram.

“So lemme tell you what’s going to happen here…. @foxnews fires this disrespectful c– by tomorrow, Monday morning or you will lose millions of viewers one person at a time until it drastically affects your ratings, views etc,” he wrote earlier this week. “If our demographic doesn’t affect that we will STOP support of ALL SPONSORS immediately !!! We are NO LONGER laying quiet while you continuously disrespect our brother, culture African Americans as a whole.”

“I’m in,” Snoop Dogg added in the comments.

“My expectations have already decreased so much for mankind in the past couple weeks that this hardly surprised me… especially from @foxnews,” the rapper/actor said. “This is Disgusting! You both are vile despicable, poor excuses for people.”

“Both need to be fired. PERIOD!!,” added actress Nia Long in the comments referring to Ingraham and Arroyo.

Fox News did not immediately respond to request for comment from TheWrap.