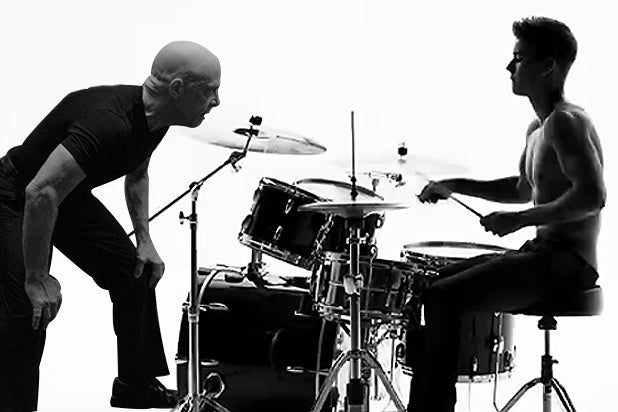 The comedic minds at Funny or Die have taken aim at Justin Bieber and Golden Globe winner J.K. Simmons in a clever mashup video that sends up the shirtless singer’s recent Calvin Klein ad and awards favorite “Whiplash.”

Usually it’s Bieber’s female fans who are rushing and his pants that are dragging, but in the viral video, Simmons’ demanding instructor asks “Bieber” whether he’s rushing or dragging in regards to jazz music.

Produced by Dan Bernstein and edited by Michael Burke, the video debuted Jan. 9 on Funny or Die and has amassed more than 20,000 views with little promotion.

Watch it below for a quick laugh and let us know if you think Funny or Die did a “good job.”