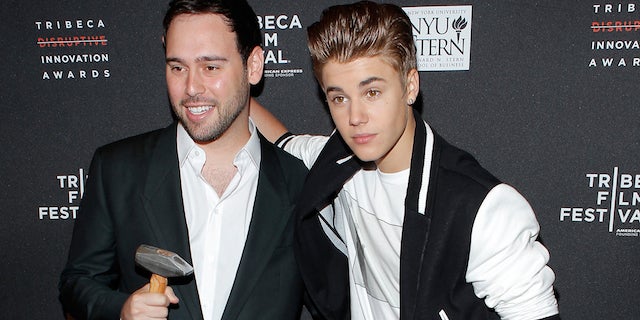 Justin Bieber is planning on getting really, really high in the future.

The 19-year-old pop superstar and his manager, Scooter Braun, are among the elite coughing up $200,000 to become Virgin Galactic astronauts when Virgin's SpaceShipTwo is ready to launch consumers into space, Richard Branson announced on Thursday morning. Bieber and Braun join over 530 others who have reserved a seat on the world's first commcercial spacecraft.

"Two and a Half Men" star Ashton Kutcher became the 500th passenger in line for the ride of a lifetime in March of 2012. At that time, Branson noted the spacecrafts "are built and flying in the final stages of our exhaustive test flight program."

Also read: Ashton Kutcher to Become First 'Two and a Half Men' Star in Space

At the end of April, Virgin Galactic announced the success of SpaceShipTwo's first rocket-powered flight, which led the company to believe a full space flight is possible by the end fo 2013.

"The first powered flight of Virgin Spaceship Enterprise was without any doubt, our single most important flight test to date," Branson said. "For the first time, we were able to prove the key components of the system, fully integrated and in flight. Today’s supersonic success opens the way for a rapid expansion of the spaceship’s powered flight envelope, with a very realistic goal of full space flight by the year’s end."