Prince’s death has hit us all in different ways, but where most of the music world took to social media to lay bare its broken heart, Justin Bieber used the platform to show off his hurt butt.

On Thursday singer/songwriter Andrew Watt posted a tribute to Prince on Instagram following news of the music legend’s passing, saying, “Today waking up to this news I am truly beside myself…devastated…the last of the greatest living performers.”

The day of Prince’s death being the perfect time to litigate the void left by his absence, pop star Justin Bieber replied to Watt’s post, “Well not the last greatest living performer.”

“Keep in mind that the legendary artists that died paved a way for your faves. If they didn’t exist, neither would the careers of pieces of crap like Bieber,” said another, showing far less restraint.

And, finally, “You already can’t keep up with the demand of your fans & you’re not even 25. Prince was still touring at 57. One more time, at 57 you will be washed up. Not touring, not making sustainable music that people can relate to. Humble yourself,” said another user, showing about the appropriate amount of restraint.

Bieber has yet to make a public statement on Prince’s passing, be it through representatives or his social media channels, as have stars including: Stevie Wonder, Justin Timberlake, Katy Perry, Dwayne Johnson, Spike Lee, Samuel L. Jackson, President Obama and others.

Prince was found dead Thursday at his Paisley Park compound in Minnesota. Local medical examiners will perform an autopsy on Friday. Prince reportedly had received treatment for a drug overdose earlier in the week. 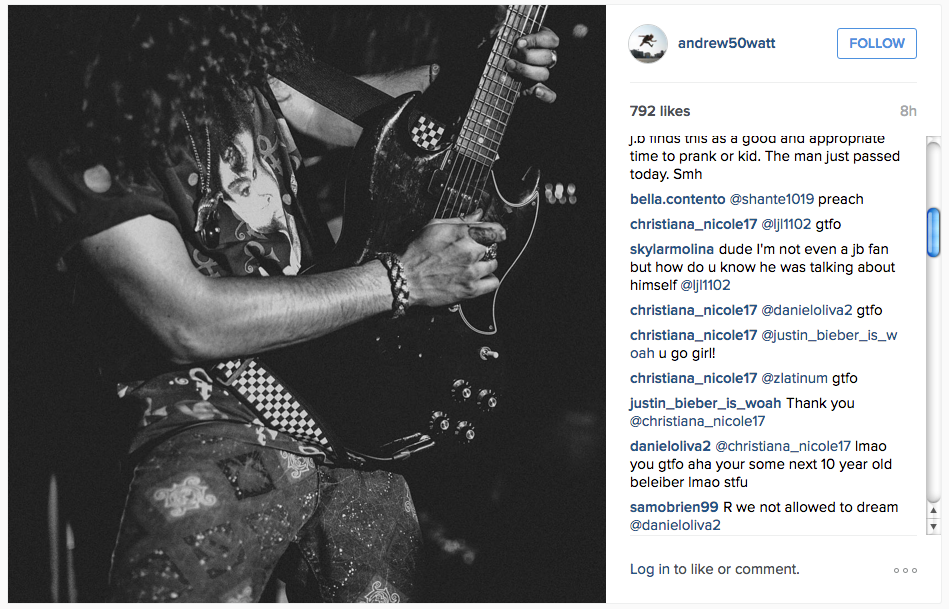 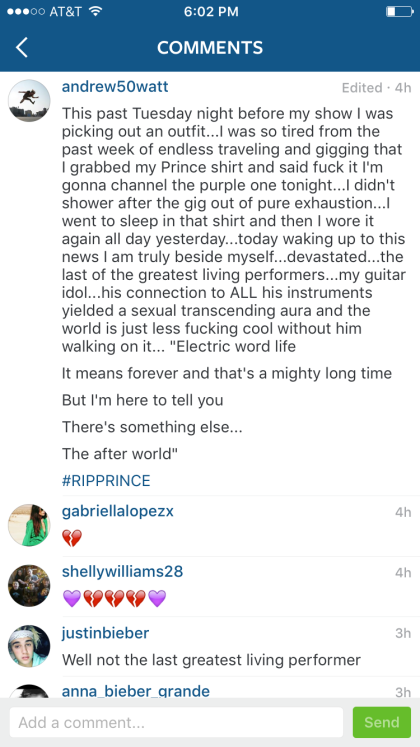