Justin Bieber is launching a limited-edition line of joints in partnership with California-based company Palms, the singer announced Monday.

The name of the collection – “Peaches Pre-Rolls by Palm” – is a shoutout to the chart-topping single from his latest album “Justice.” “I got my peaches out in Georgia, I get my weed from California,” he sings on the track, which claimed the number one spot on Billboard’s Hot 100 upon its release last March.

With the release of the seven pre-roll collection, now fans can get their weed from California, too. Each purchase includes a decorative box and lighter, each branded with the word “Peaches.” Marketing materials for the new venture prominently featured images of the eponymous summer fruit. 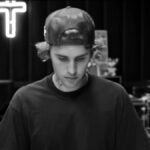 However, there’s more behind Bieber’s pre-roll project than simply celebrating his song. According to Palms’ website, profits from the new line will support the Last Prisoner Project, which advocates for criminal justice reform regarding cannabis convictions, as well as Veterans Walk and Talk, an organization that aims to expand the use of medicinal cannabis for veterans.

“I wanted to make sure that I was doing something with them that felt genuine, and Peaches felt like a good place to start,” Bieber told Vogue.

On a personal note, Bieber hopes the venture will help “destigmatize” weed, especially as it pertains to mental health issues. “Weed was something that I felt people tried to make me feel bad for enjoying,” Bieber said. “But I’ve now found a place in my life for weed products that have been beneficial in my human experience.”