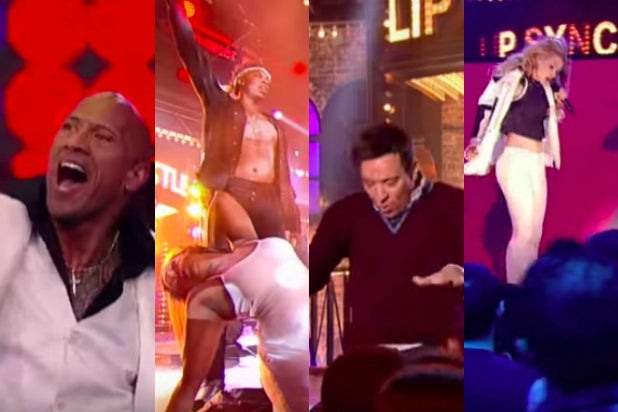 “Lip Sync Battle” has helped change the face — and demographics — of Spike, and the new series will conclude Season 1 with a proper sendoff this week.

The show started with humble beginnings, as one of many games on Jimmy Fallon’s “Tonight Show.” Now it is a standalone hit in its own right, bringing female viewers and ratings to the cable channel that badly needed both. “Lip Sync Battle” will actually finish its freshman run as the most-watched show in Spike history.

With Season 1 coming to a close on Thursday night, TheWrap looks back at its five favorite battles from the freshman fights. Enjoy some spectacular non-singing performances from Justin Bieber, Anna Kendrick, and even Fallon himself.

Jimmy Fallon Doesn’t Have a “Prayer” vs. The Rock

Deion Sanders Hardly Seems “Like a Virgin” to This

John Krasinski Makes Us All “Proud”

The Season 1 finale of “Lip Sync Battle” airs Thursday at 10 p.m., when “Empire” co-stars Terrence Howard and Taraji P. Henson will mouth along to their favorite tunes.