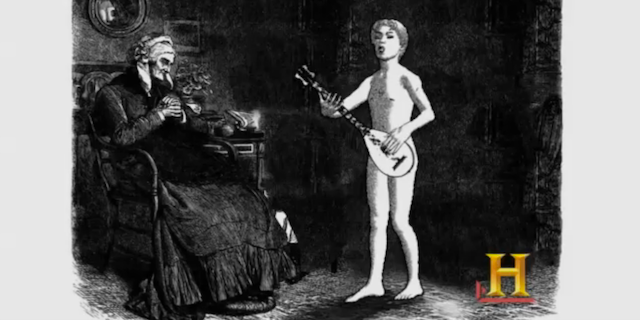 Photographs of a naked Justin Bieber seranading his grandmother on Canadian Thanksgiving 2012 caused quite a stir when they emerged on Monday, but, as Jimmy Kimmel explained, it's all part of a long Canadian tradition.

A History Channel documentary on Canadian Thanksgiving (which we already know is fake since History Channel doesn't do history anymore) explained that, to commemorate the landing of Martin Frobisher's ships on Baffin Island in 1578, it was declared that "all young men should present their unclothed bodies to their grandmothers, covered only by a stringed instrument."

Also: "those same young men should wear oversized pants aroundeth the ankles, pilot ridiculously garish vehicles and from hereon, these young men shall be referred to as "douche pouches."