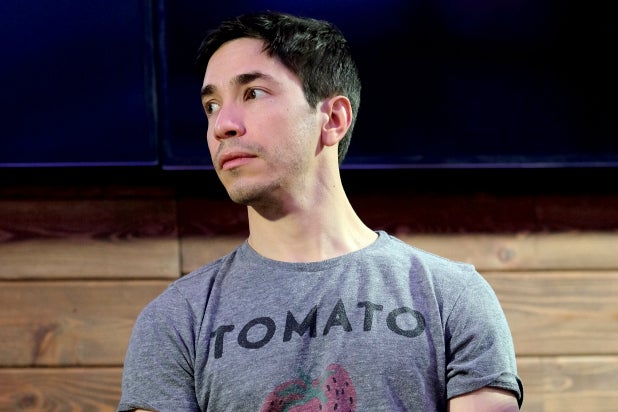 attends The Samsung Studio during The Sundance Film Festival 2016 on January 25, 2016 in Park City, Utah.

ABC continues to fill out the guest cast roster for “The Conners.”

Justin Long will recur on the “Roseanne” spinoff as Neil, a love interest for Sara Gilbert’s Darlene, an ABC rep confirmed to TheWrap.

As TheWrap previously reported, Johnny Galecki will return as Darlene’s ex-husband David, along with his girlfriend, Blue, who will be played by Juliette Lewis.

The ABC comedy serves as a spinoff to “Roseanne,” which was canceled after series creator Roseanne Barr sent out a tweet suggesting that former Barack Obama adviser Valerie Jarrett is a product of the Muslim Brotherhood and the “Planet of the Apes.” The star’s tweet caused an immediate backlash on Twitter and ultimately led to ABC’s decision to cancel the series.

Barr’s co-stars implored ABC to let the show go on, albeit under a different name. The network ordered 10 episodes of the spinoff back in June, starring original cast members John Goodman, Laurie Metcalf, Sara Gilbert and more. It’s been previously reported that the matriarch will have died in the new series.

Earlier this week, ABC released its first full promo, which features the titular family gearing up for the holidays in a post-“Roseanne” world.

The first episode, titled “Keep on Truckin’,” will see the family dealing with a “sudden turn of events,” according to the logline. The Conners will then have to “face the daily struggles of life in Lanford in a way they never have before.”