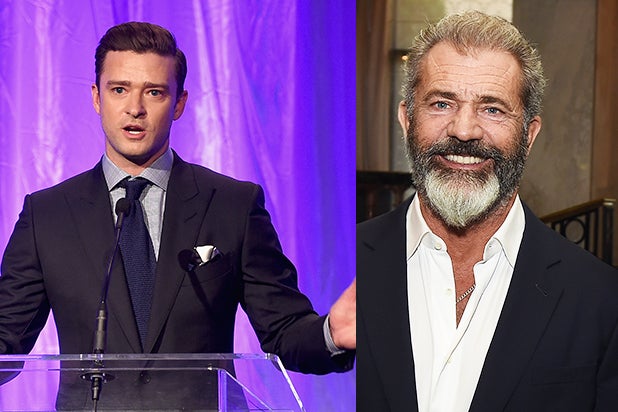 The Hollywood Foreign Press Association (HFPA) emptied its pockets of $2.4 million in gifts to entertainment-related non-profits and scholarship programs at its annual “Grants Night Banquet” at the Beverly Wilshire Hotel in Beverly Hills. 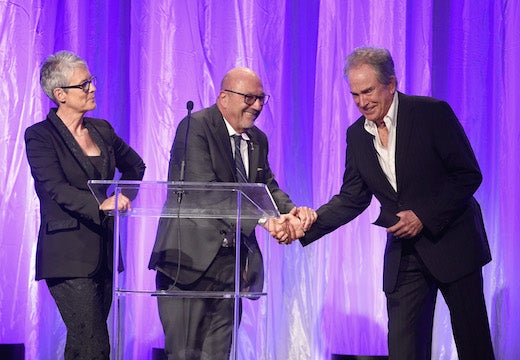 “I didn’t know you did this,” Grant said of the generous donations. “I didn’t even know you had all this money. It’s frighteningly sinister that you do.”

Known for its January awards show that indulges television and film stars with an avalanche of champagne on live TV, the HFPA’s August confab is the culmination of the previous year’s awards cycle. The night exports millions of dollars raised from the Golden Globes and year-round events, while turning the page for 2017 contenders to make early appearances. 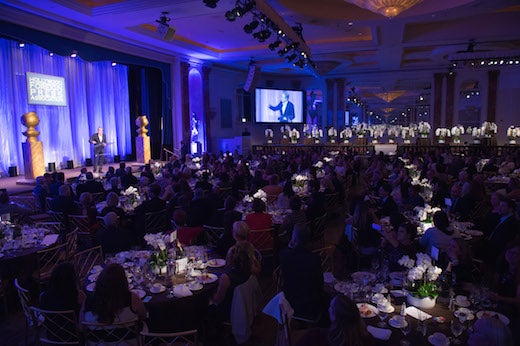 “Where else does someone invite you, feed you and then give away two million?” host Jamie Lee Curtis asked, leading off the night. “Anywhere in the world, if you invite me [for this event], I’ll show up. So will Justin Timberlake and Renee Zellweger and Hugh Grant and all these beautiful people in this room.”

For Warren Beatty – the 1962 Golden Globe winner for “Most Promising Newcomer, Male” — the Grants Banquet was a homecoming.

“I lived in this hotel for 12 years,” Beatty told the crowd, before announcing a $350,000 grant to Martin Scorsese‘s Film Foundation. 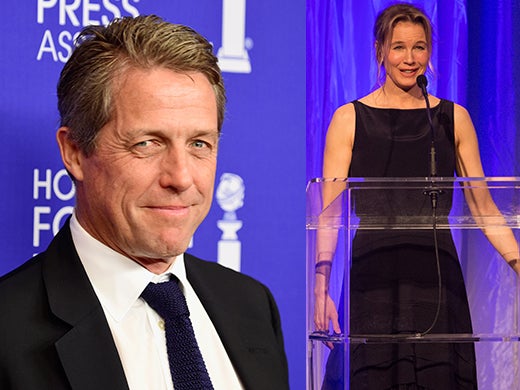 After years of flying under the radar following his infamous 2006 DUI arrest, Mel Gibson returned to a HFPA stage for the second time this year, which went much smoother than the first.

Gibson’s appearance at the Golden Globes earlier this year was a heavily-bleeped segment that got tense when host Ricky Gervais asked him: “What the f— is sugar t–s?” in reference to Gibson’s reported outburst during the 2006 arrest.

Also Read: Here's What Ricky Gervais Said to Mel Gibson That Got Him Censored at the Golden Globes (Video)

Vince Vaughn presented with Gibson, who had just begun the promo tour for “Hacksaw Ridge,” the Venice Film Festival-bound film he directed about a conscientious objector. Whispers around town are that it is an awards contender. 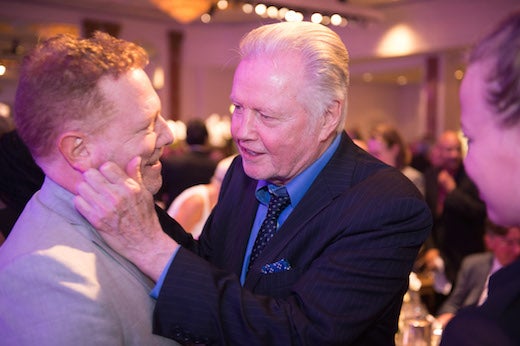 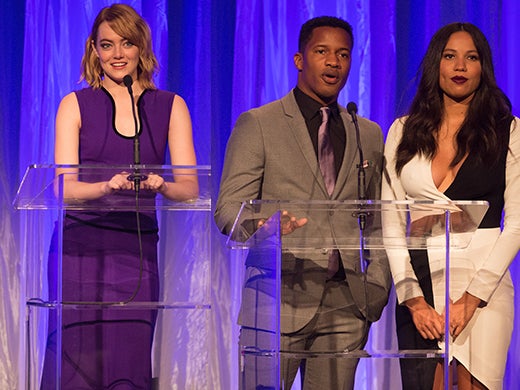 Christian Slater and Joanne Froggatt of “Downton Abbey” dined together and were joined by HFPA exec Munawar Hosein mid-way through the meal. 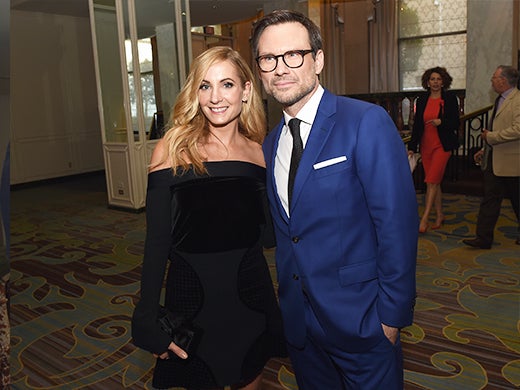 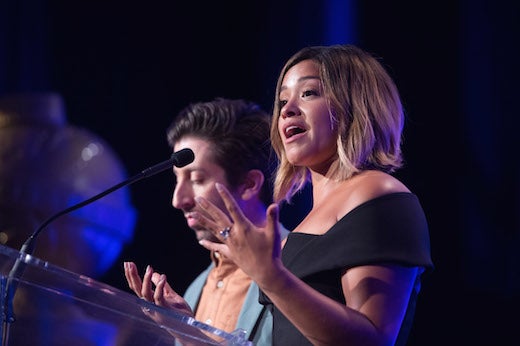 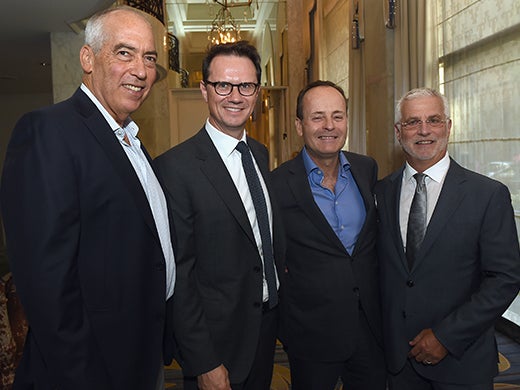 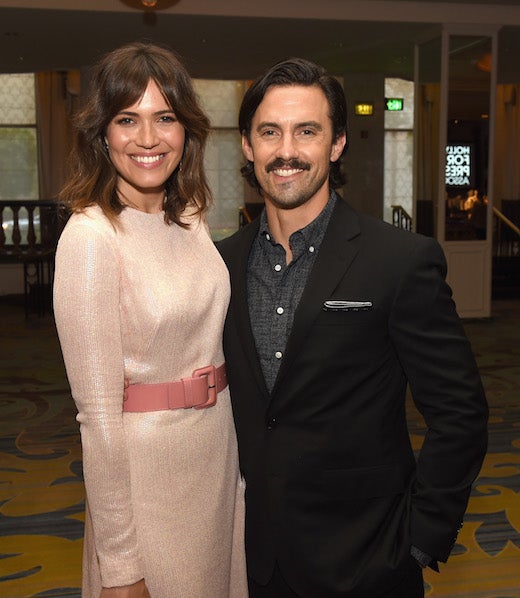 Mandy Moore and Milo Ventimiglia have been promoting NBC’s “This is Us” since the upfronts in May. They presented together. (Getty Images)

The grants and scholarships span the full spectrum of creative minds behind filmmaking. 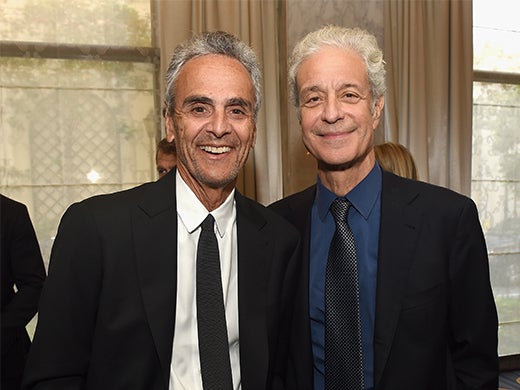 Charitable contributions to promote the legacy of film went to Scorsese’s Film Foundation with $35,000 to Outfest and nearly $50,000 to the Motion Picture and Television Fund. 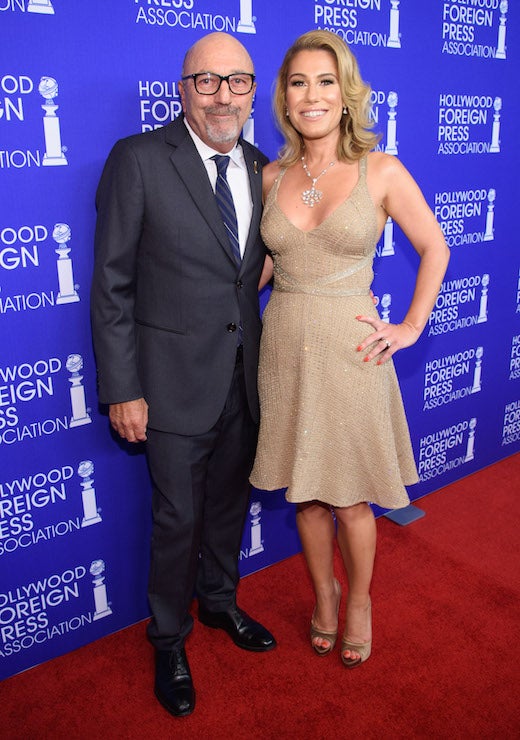