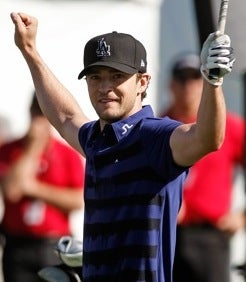 k of golf centered fundraising for Shriner’s Hospital for Children with a blowout benefit concert “with friends” at the Mandalay Bay in Las Vegas on Saturday night. His amigos Alicia Keys, Snoop Dogg, Ciara and Taylor Swift all performed surprise sets at the three-hour Timberlake-apalooza. Amongst the many surprises, the surviving members of TLC performing together for the first time in six years. Timberlake, formerly characterized as the next Michael Jackson, perhaps is better compared to Clive Davis. The host’s golf tourney at TPC Summerlin (where the host celebrated a million-dollar hole in one attempt, pictured at left; Getty Images), his all-star concert, and private after party certainly rivaled the music mogul’s legendary Grammy weekend bashes.

Back in L.A., the holes were in the ceiling at the Henry Fonda Theater last Tuesday. It rained, it poured, and even leaked inside Fox Reality Channel’s “Really” awards show — and I’m just talking about the silicone. The torrential downpour outside did little to dampen the spirits of reality’s biggest night. 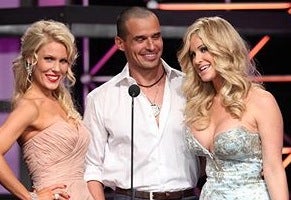 It wasn’t until the next morning, that attendees realized they had attended the equivalent of the 1912 Maritime Safety Awards Show on the Titanic. Within hours of the taping, TheWrap broke news that Fox is voting the cabler off its island. The channel will cease programming by March to make way for new channel “Nat Geo Wild." 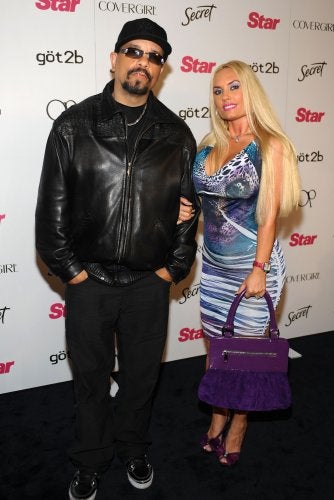 when she cut her own “take” three times while reading the prompter to present an “Innovator” award to sister Paris.
Meanwhile, parents/former NBC reality stars Rick and Kathy Hilton shared a table with their daughters and noticeably abstained from clapping, as the room cheered frenemy and fellow Bunim-Murray Productions talent Kim Kardashian. BMP founder Jon Murray (“The Real World”) received a lifetime achievement award.
The Really Awards were a pitch-perfect caricature of the genre — sparkly, gaudy, addictive, and sure to be a swan song ratings winner for the channel.
Meanwhile down the street at Bardot, Star Magazine celebrated its fifth anniversary with a performance by Cobra Starship. Part-time Starship collaborator Leighton Meester (“Gossip Girl”) had her day job to attend to and took the night off. SVU’s Ice-T (pictured at left with wife Coco; WireImage) was mum on NBC stable-mate Jay Leno’s impact on the schedule, but got style points for wearing sunglasses on a rainy night.
The tabloid mag’s brass crowed over their good fortune when elusive "American Idol" icon Adam Lambert, “just walked in unannounced” and snatched a booth in the corner.