Terms weren’t disclosed, but individuals familiar with the deal told The Wall Street Journal that the former *NSYNC star’s catalog was valued just over $100 million.

Timberlake’s future music projects were not included in the deal, but as of close, he will no longer own any rights to past hits like “SexyBack” and “Cry Me a River.” 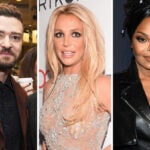 Hipgnosis also owns 50 percent of Neil Young’s catalog, as well as individual songs from several other pop artists. Merck Mercuriadis, a British former manager of pop stars, leads Hipgnosis and is in part credited with the flurry of music-rights deals that have closed in recent years. New York-based Blackstone manages more than $900 billion in assets.

Other artists to sell their music catalogs in recent years include Bruce Springsteen, Stevie Nicks and Bob Dylan. Though the trend seems to have favored older artists who are no longer cranking hits, Timberlake is only 41 and is still actively making music. 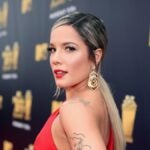