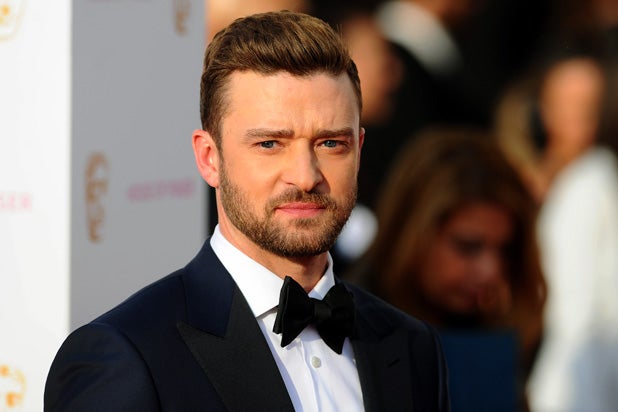 Avid sports fan and former ESPYs host Justin Timberlake will have the chance to honor some of the most successful athletes in the world on Wednesday.

The “Can’t Stop the Feeling!” singer is set to present the Icon Award to sports legends Kobe Bryant, Peyton Manning and Abby Wambach at the 2016 ESPYs, airing live on ABC at 8 p.m. ET from the Microsoft Theater in Los Angeles.

This year will mark the first time that three retiring athletes — from the NBA, NFL and soccer respectively — have been honored with the prestigious award on the same night.

Timberlake is no stranger to ESPN’s flagship awards show, having hosted in 2008.

On Saturday, he got to sit next to another sports icon, New England Patriots quarterback Tom Brady, at UFC 200 in Las Vegas — and even (fake) punched the Super Bowl champion in the face.

“NBA on TNT” sideline reporter Craig Sager is also set to be honored on Wednesday. The beloved sportscaster, who has been battling leukemia since 2014, will receive the Jimmy V Perseverance Award, presented by Vice President Joe Biden.

Other ESPYs awards categories include “Best MLB Player,” “Best Team,” “Best Female Athlete,” and “Best Upset,” and “Best Breakthrough Athlete,” along with the Arthur Ashe Courage Award and the Pat Tillman Award for Service. The annual show supports ESPN’s ongoing commitment to The V Foundation for Cancer Research, launched by ESPN with the late Jim Valvano in 1993.

Here’s video of Timberlake’s hilarious opening monologue from the 2008 ESPYs: