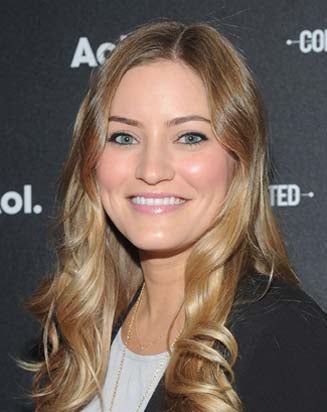 Justine Ezarik, better known to her fans as YouTube star iJustine, is writing a book about her early career as a lifecaster. Ezarik spent six months of her life showing viewers everything from her lunch to her favorite TV shows.

She was an early and avid user of Justin.TV, a video streaming site owned by the same people that launched popular video game site Twitch, now an acquisition target of YouTube’s, according to reports.

Ezarik then moved on to YouTube, and has leveraged her personality and tech savvy into several successful YouTube channels, AOL’s Hardwired 2.0, and a few TV appearances here and there.

“It will be on that six months where I livestreamed my life — the crazy things that happened on the stream and what happened when the stream went off,” Ezarik told TheWrap. “There were times where the cops showed up because the Internet called them, and times I thought I was getting robbed.”

See video: Revenge of the Gamers: Why YouTube Would Buy Twitch

Like most YouYubers, Ezarik interacts with her fans across myriad social platforms, and she will be crowdsourcing this book.

“I want them to help me write it,” she told TheWrap, adding that she would ask them what stories they want to see and read about.

The book is one of the first commissioned by Keywords Press, a new publishing house formed by book publisher Simon & Schuster in collaboration with Hollywood talent shop United Talent Agency. Keywords will commission top “Internet entertainers” to write books on various subjects released in both print and digital formats.

UTA represents Ezarik, as well as several other popular web personalities like Shane Dawson, another one of the first crop of new authors. Others include Shay Butler, better known as ShayCarl, and Joey Graceffa.

Online video stars are always looking for new ways to extend their brands and establish new sources of revenue while august publishing houses welcome the chance to appeal to younger readers.