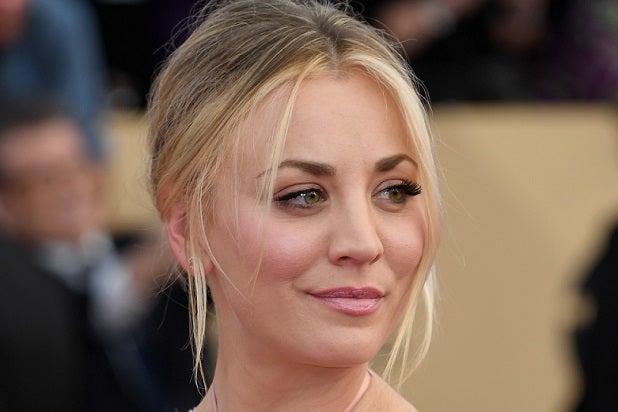 “The Big Bang Theory” star Kaley Cuoco offered an emotional pre-farewell to the CBS series on Wednesday, following news that it would end its run after its upcoming 12th season.

In an Instagram post, Cuoco said that, regardless of when the sitcom wrapped up, “my heart would have always been broken in two.”

Cuoco, who included a photo of the cast with her post, added that she and her colleagues “are goin out with a bang.”

“This ride has been a dream come true and as life changing as it gets. No matter when it was going to end, my heart would have always been broken in two,” Cuoco wrote. “Drowning in tears, we promise to bring you the best season yet.”

The actress added, “To the fans, our crew, families, Chuck Lorre, Warner Brothers , CBS, and everyone who has supported us for so many years, thank you. We are goin out with a bang.”

“Big Bang Theory”fans received the news on Wednesday, as Warner Bros. Television, CBS and Chuck Lorre announced that the upcoming 12th season of the show, which premieres Sept. 24, will be the show’s last, with the series wrapping up in May 2019.

“The Big Bang Theory” will finish as the longest-running multi-camera series in television history, with 279 episodes.