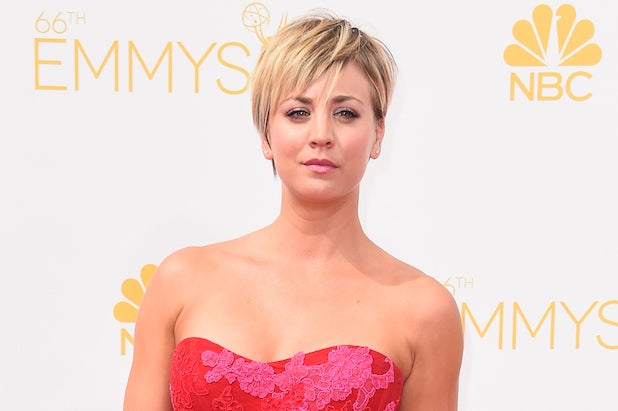 Looks like the gang’s all there on the “Big Bang Theory” set.

As she and her castmates gear up for the 12th (and, alas, final) season of the CBS sitcom, “Big Bang Theory” star Kaley Cuoco treated fans to a sneak peek of the season to come via her Instagram page on Tuesday, posting a photo of herself and costars Johnny Galecki, Mayim Bialik, Melissa Rauch, Jim Parsons, Kunal Nayyar and Simon Helberg posing in front of the set’s infamously-out-of-order elevator.

While the gang might be back for now, “Big Bang Theory”fans  received distressing news on Wednesday, as Warner Bros. Television, CBS and Chuck Lorre announced that the upcoming 12th season of the show, which premieres Sept. 24, will be the show’s last, with the series wrapping up in May 2019.

“The Big Bang Theory” will finish as the longest-running multi-camera series in television history, with 279 episodes.

As the countdown begins, feel free to console yourself with Cuoco’s sneak peek below.