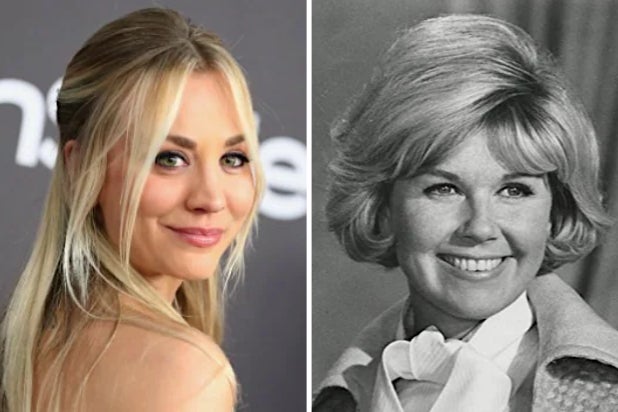 Kaley Cuoco will play acting legend and animal rights activist Doris Day in a limited series that is in development at Warner Bros. TV.

The series will be based on A.E. Hotchner’s 1976 biography “Doris Day: Her Own Story,” which is based on numerous interviews with Day herself. There is no network currently attached to the project.

Warner Bros. TV is working with the Doris Day Estate on the project.

Doris Day made her film debut in the 1940s and became a massive box office star in the ’50s and ’60s, when she starred in films like “Calamity Jane,” “The Man Who Knew Too Much,” “and “The Pajama Game.” Her song, “Que Sera, Sera (Whatever Will Be, Will Be)” in Alfred Hitchcock’s “Man Who Knew Too Little,” would become her signature song.

Following her acting career, she became an animal welfare activist. Day died in 2019 at the age of 97.