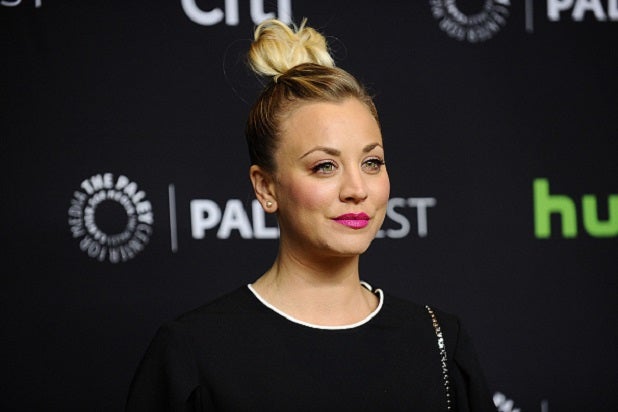 Kaley Cuoco took time out on Monday to pay tribute to her “8 Simple Rules” co-star John Ritter, on the 14th anniversary of the actor’s death at age 54.

“The Big Bang Theory” star Cuoco took to Instagram to share a photo of herself with Ritter, along with the revelation that Ritter still makes her laugh “one way or another” on a daily basis.

“Today, 14 years ago, we lost one of the best there was… still not a day goes by where he doesn’t make me laugh one way or another,” Cuoco wrote.

Ritter died unexpectedly in 2003 while the second season of the series was still filming, after complaining of discomfort during a rehearsal and being hospitalized.

After being misdiagnosed as having a heart attack, he was later diagnosed with an aortic dissection and died that evening.

Today , 14 years ago , we lost one of the best there was… still not a day goes by where he doesn’t make me laugh one way or another .. #johnritter ❤️