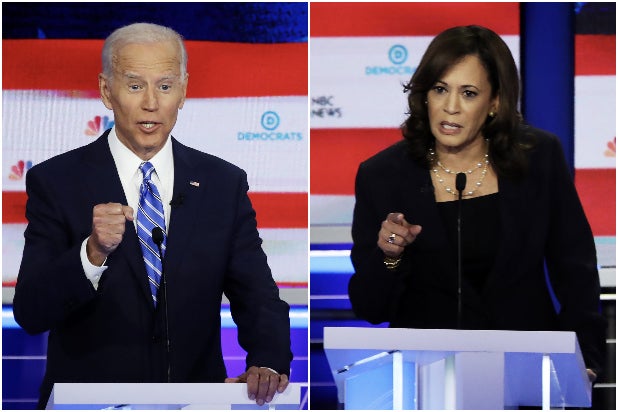 Kamala Harris confronted Joe Biden about his positions on race and civil rights, saying she was personally affected by his decisions for not pushing against segregation at the federal level when he was in Congress.

Harris spoke up on the issue of race as the only black person on the stage and challenged Biden after he was recently criticized for comments saying that he previously worked closely with segregationist senators.

“I do not believe you are a racist,” the senator from California said Thursday during the democratic debate. “But I also believe — and it’s personal and it was hurtful to hear you talk about the reputations of two United States senators who built their reputations and career on the segregation of race in this country.”

Harris added she was specifically affected based on his position on integration when it came to busing students to school.

“That little girl was me. So I will tell you on this subject, it cannot be an intellectual debate among Democrats,” Harris said.

Biden responded by saying, “I did not praise racists. That is not true.” Regarding busing, he said that he supported integration as a local decision. He called Harris’s other comments a “mischaracterization” of his position “across the board” and even took a shot at Harris’s own reputation as a former prosecutor, saying that he was a public defender and not a prosecutor early in his career.

Also Read: Joe Biden Refuses to Step Aside for Younger Leaders: 'I'm Still Holding On to That Torch'

The conversation got heated after Mayor Pete Buttigieg was asked about a crisis in his community of South Bend, Indiana, in which a black man was shot and killed by police.

“My community is in anguish,” Buttigieg said. “It’s a mess, and we’re hurting.”

Rep. Eric Swalwell, who went on the offensive on Vice President Biden earlier in the evening, then criticized Buttigieg and said that as the mayor he should’ve fired the police chief.