Kandi Burruss returns to Bravo Sunday night with a new reality series that goes behind the scenes of her newest Atlanta restaurant — Old Lady Gang, or OLG for short. “Kandi & The Gang” follows Burruss, her husband and business partner Todd Tucker, and a cast of characters from her own life, as they work together to make OLG a successful Southern eatery that serves up classic dishes. But, with Burruss’ mom, Mama Joyce, and her aunts Nora and Bertha, weighing in, she has to find a way to balance work and family.

As a longtime member of “The Real Housewives of Atlanta” cast, Burruss is certainly no stranger to drama, and based on the teaser trailer Bravo released for her new show, that’s certainly what’s on the menu for the new series.

To get a little more intel on exactly what we can expect, TheWrap hopped on a video chat with the reality TV maven, successful music artist (and songwriter), and businesswoman.

TheWrap: How did ‘Kandi & the Gang’ come about?

Kandi Burruss: Well, it actually came about from Todd. Todd was the one who thought about it. He came up with a concept for us to do a restaurant. And then, while he was doing that, he was like, ‘Oh, we should do a TV show around this.’ So he pitched it to our production company that works with us on ‘Housewives.’ And then he also pitched it to the network, and they liked the idea. At first, they were like, ‘OK, we’ll think about it.’ And then, later on, they came back and wanted to do it. 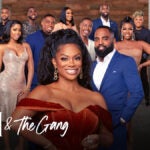 Is it just going to be a one-off season? Or do you hope that it goes further?

I hope that it goes further. All the other shows that we did were specials. This is the first time that we really did a show, a series, for the network. So I’m super excited. Like, girl, you can’t tell me nothing. They got us a billboard around here for the show. I was like, ‘Ahhh! We got a billboard!’ Why do I still get excited about stuff like that? I still get excited, like I’d never been on TV before. No, seriously, I’m excited not just for me, but I’m excited for my family too, because this show — my family members are on the show and are starring in this show. So my mom and I have a couple of cousins, Patrick [Dallas], Melvin [Jones], and then the people that work with me. A lot of them, they’ve grown to be like family to me as well. So it’s really cool to have this opportunity. Not necessarily even for me, but for them because this show is more about them.

So of your aunts, your family, your staff, who is the spiciest because the trailer — it’s spicy.

Yes! It’s really hard to say because we’ve got a lot of spicy people on our show. I mean, clearly, everybody’s here for the commentary from the OLG — from the old ladies, their commentary is everything, but then on the staff, Shawndreca [Robinson] is a whole lot. Like dealing with her, she is funny. And she’s the host. … But yeah, Shawndreca is definitely a character as well as Brian [Redmond]. He is so funny. Like, he is a comedian. That’s what he needs to do full time — [have] a TV show by himself, but Phillip [Frempong] is the one that I always say he is the shade king, he gives it to them. 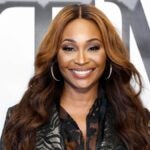 Was the show a tough sell to Bravo? Or did they say yes, immediately?

No, actually, they didn’t say yes, immediately. … I think the first two years, you know, we didn’t really get any answer on it. So we were just like, ‘OK, cool, whatever.’ And then all of a sudden, they came back and said they wanted to do it. And we actually started filming the show two years ago. But then the same week that we started filming, the pandemic happened. So, it was like we had only filmed for one week, everybody was excited about the footage that they got or whatever. And then boom! We had to shut production down, and the whole world shut down, really, but we didn’t know if it would ever come back around because obviously we’re a restaurant and you know, it’s hard to control that in this day and age. So we didn’t know if that opportunity was going to come back. But it did.

As a business owner did the pandemic really increase the costs that you had keeping the business going?

Of course, a lot of things changed. It wasn’t even just the cost. Yes, there were things that were going up in price. Because right now, I mean, I’m sure everybody knows that everything is going up just because it’s hard to get a lot of things now. So certain things we might have even changed on the menu just because of how much the cost went up on it or whatever. But then, the main thing that was really hard during during these last two years is keeping employees. It has been crazy. Like it’s been so much turnover and like really hard to keep people because of what’s been going on in the world. A lot of people haven’t really been choosing to get a regular job anymore. They don’t want to work for somebody else. They want to be their own boss, like things have totally changed. So I don’t know if you noticed like a lot of restaurants you probably went to in the last year probably have that sign up, ‘Need Employees,’ or ‘We’re Hiring.’ That’s because it is so hard right now in the restaurant industry.

I’d be remiss if I didn’t ask about Blaze. Your other restaurant did have some difficulties with the Health Department. What happened? What have you done to make sure it doesn’t happen again?

Really, what happened was, it was the same thing that I was telling you. Basically, when you have a lack of employees, then that means that people aren’t on top of things like they’re supposed to be. So we did have that issue where, you know, that one particular time or whatever it was, like an issue with the health inspection. … They came right back, and it changed, but … people never hear when you got a better score, they only hear about the bad score that you had got, or whatever. So that is how I ended up meeting Phillip, who is on the show now, because I was trying to figure out how to get a grip on the staff that I had over there at Blaze and stop things from taking a downward spiral. So, somebody introduced him to me as somebody that could consult and help me get things in order. So I hired him and he did. He helped us turn things around over a Blaze. … I was like, ‘Hey, could you please help us over at Old Lady Gang?’ And so that’s how he ended up coming over to Old Lady Gang, but we were about to shoot the show and we were like, ‘Well, do you mind being on the show as well?’ So he had no intention of being on reality TV. So this right here is, for him … he’s kind of like, ‘Uh, I don’t know how I’m gonna feel about it.’ He’s a little nervous. 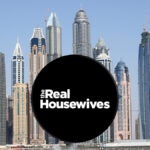 You have done so much [writing songs, being an artist, being on TV, acting on Lifetime]. Is there anything else you want to do?

This interview has been edited and condensed for content and clarity.