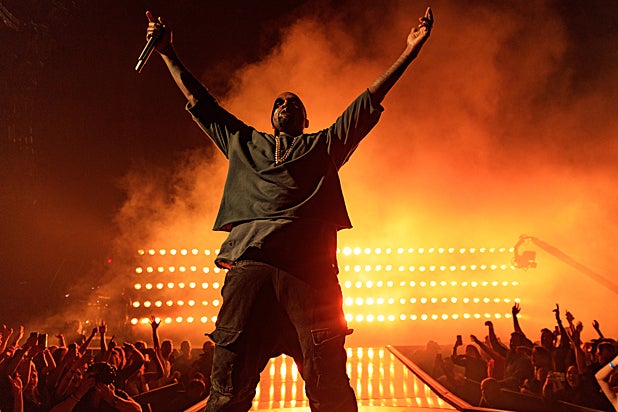 The rapper had deleted his social media in May, but unexpectedly returned with a picture of a handwritten card reading “Happy Valentine’s Day Babe” on simple white paper — which became his profile picture. West’s return to social media proved to be short-lived.

The rest of his feed consisted of famous couples through the years, including Barack and Michelle Obama, Johnny Depp and Kate Moss, Brad Pitt and Gwyneth Paltrow, Pamela Anderson and Tommy Lee, Priscilla and Elvis Presley, Sonny and Cher, Grace Jones and Dolph Lundgren, Tyra Banks and Seal, Carmen Electra and Dennis Rodman, Kris and Robert Kardashian and finally — Kanye and Kim Kardashian. Or just Kimye.

Kardashian’s Valentine’s Day tribute was a little more straightforward than her husband’s.

“I love you to infinity! Happy Valentine’s Day!!!” she wrote on Tuesday, showing a paparazzi photo of the two in Paris. The couple just welcomed their third child, Chicago, on Jan. 15.

West’s Instagram account amassed over 2 million followers in just a few hours, but he followed only one person — his wife.