On Thursday, Kanye “Ye” West declared he is running for president again in 2024, and later revealed he also asked Donald Trump to join him on the ticket as his Veep. Unsurprisingly, Trump, who announced he is also vying for the presidency in 2024, turned him down.

In a “Mar-a-Lago debrief” video, the rapper said, “I think the thing that Trump was most perturbed about, me asking him to be my vice president. I think that was like lower on the list of things that caught him off-guard.”

West added, “He basically gave me this would-be mob-esque kind of story,” explaining that the twice impeached president insulted ex-wife Kim Kardashian with an expletive phrase that was bleeped in the video. “That’s the mother of my children,” he said. 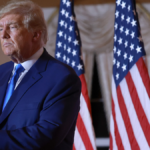 He then said that Trump yelled at him, “You’re going to lose.”

Trump confirmed that Ye showed up for Thanksgiving, but said the meeting, although “unexpected,” was “quick and uneventful.”

In a brief statement on Truth Social, Trump wrote, “This past week, Kanye West called me to have dinner at Mar-a-Lago. Shortly thereafter, he unexpectedly showed up with three of his friends, whom I knew nothing about. We had dinner on Tuesday evening with many members present on the back patio. The dinner was quick and uneventful. They then left for the airport.” 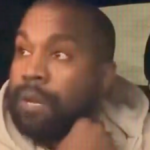 In the video, West appears to be talking to Nick Fuentes, a far-right white supremacist political commentator whose YouTube channel was shut down for violating the platform’s hate speech policies

West is back on Twitter thanks to Elon Musk, who unbanned him along with far-right conservative Jordan Peterson. Musk declined to reinstate Fuentes’ Twitter account, however. Trump has also been unbanned, but said he is sticking with Truth Social.

Trump is still under investigation for taking scores of classified documents to Mar-a-Lago and for his actions during the Jan. 6 Capitol Hill attack. Adidas, who ditched Ye after a number of antisemitic statements, is investigating claims that he played pornography at work and showed intimate photos of his ex-wife Kim to staffers. 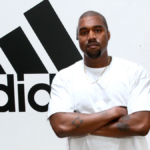