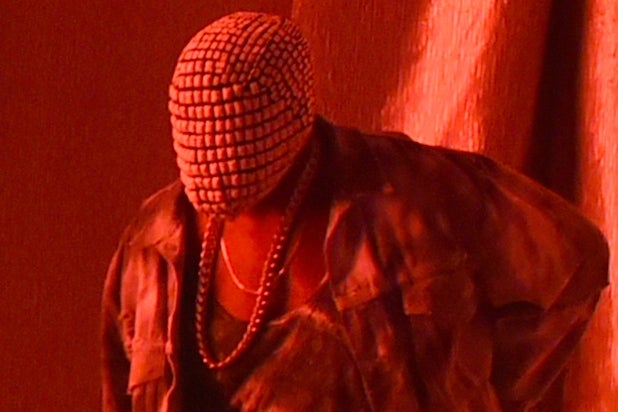 Kanye West lived up to his crazy reputation at the Bonnaroo Music & Arts Festival on Friday night, launching into a profanity-laced tirade aimed at the press who took shots at his Bonnaroo performance back in 2008.

Six years ago, West’s Bonnaroo set didn’t start until 4:30 a.m., which led to a massive fan backlash. The singer blamed Pearl Jam’s three-hour set for the late start, saying he was “offended” by the criticism.

On Friday night, Kanye returned to Bonnaroo wearing a face mask for the first 20 minutes before unleashing one of his famous tirades about an hour into his performance.

Accusing the press of distorting the facts from the 2008 incident, West said “I did Bonnaroo six months after my mom passed. Pearl Jam went on three hours long. Where the press at? You gonna write about all these motherf—ers putting their hands in the air?”

Never one to shy away from bravado, West ranted and raved throughout the evening, comparing himself to several great men who came before him.

“When I’m in the studio or doing an interview or making a T-shirt, I give everything I got. And when I talk that shit, it’s so you can talk that shit. If you’re fan of me, then you’re fan of your motherf—ing self. I promise you as I stand here, 37 years old, this is only the beginning. I ain’t concerned about anyone who’s living. I ain’t going after no one on the radio. I’m going after Walt Disney, Howard Hughes, Shakespeare.”

The self-proclaimed “number-one rock star on the planet” also revealed that Oprah Winfrey once warned him that he frightens corporations “because I tell kids the truth.”

The truth, Kanye West, is that most of your fans are old enough to remember Eminem‘s heyday, so they’ve heard most of this stuff before. If you really want to be remembered, focus on your music, not your madness.

Watch the video below, which is NSFW due to language.