Kanye West was seen out in public for the first time on Thursday following his recent hospitalization for exhaustion and sleep deprivation.

The “Life of Pablo” rapper was snapped at the “Rick Owens: Furniture” exhibition at the MOCA Pacific Design Center in West Hollywood, and Italian artist Giovanni Leonardo Bassan posted the photo on Instagram (which appears to have since been deleted but was captured on People.)

Still appearing understandably tired, West, 39, is perched on a wooden seat sporting a new bleached crop with a baggy sweater and jeans. 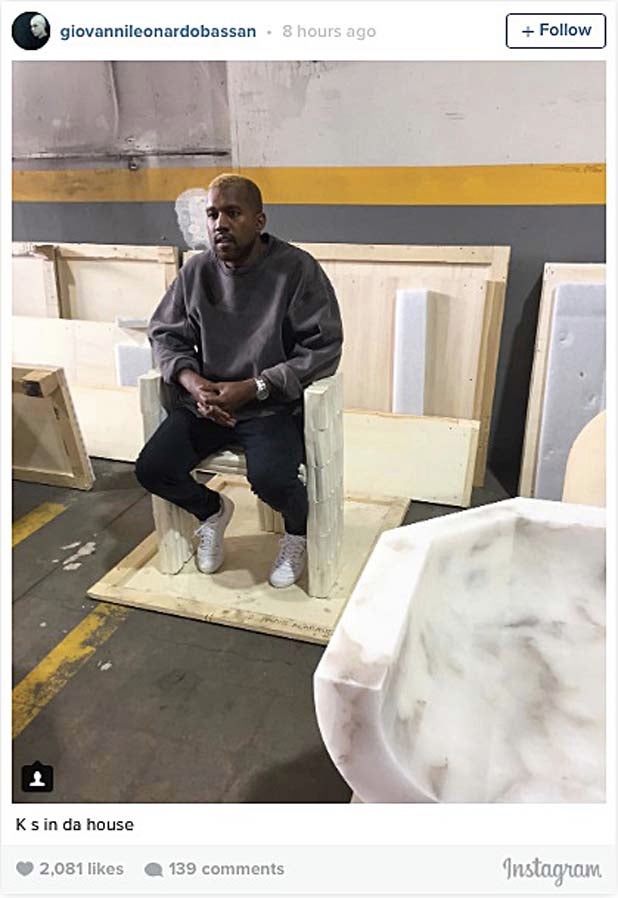 The Grammy winner and husband of Kim Kardashian was admitted to a hospital under his own will last month after abruptly canceling the remaining dates of his Saint Pablo tour.

West was released from UCLA’s Resnick Neuropsychiatric Hospital on Nov. 30, after spending a week — including Thanksgiving Day — at the facility, People reported.

The rapper had previously demonstrated some erratic behavior, including ranting about Beyoncé and Jay-Z and ending concerts early. The remaining dates of his tour have been canceled indefinitely after a disastrous Sacramento show.

West was more than an hour late for the date, performed only a few songs, then went on a profanity-laced tirade about Beyoncé, Jay-Z, Taylor Swift, Drake and Hillary Clinton before dropping the mic and walking off stage.