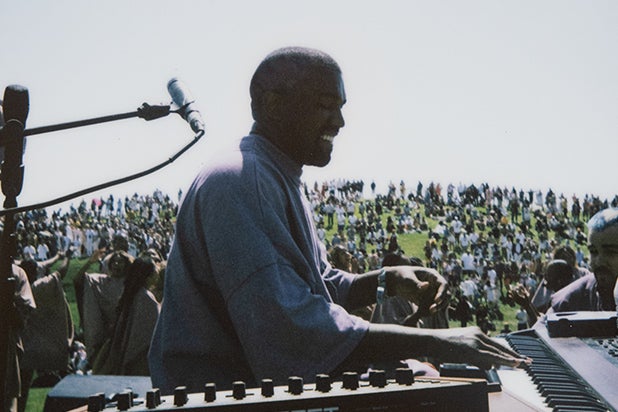 Kanye West’s “Jesus Is King” tour took an unexpected stop in Houston this weekend, where he performed tracks from his latest album for inmates at two prisons.

“What Kanye West does to inspire the incarcerated is transformative,” Texas Governor Greg Abbott tweeted on Saturday. “Saving one soul at a time. Inmates who turn to God may get released earlier [because] of good behavior & may be less likely to commit future crimes. It would be great if other artists followed Kanye’s lead.”

Last month, West released the album along with a short film featuring him and his Sunday Service gospel choir that screened in IMAX theaters. Together with Sunday Service, West first performed for a reported crowd of 200 inmates at a male correctional facility on Friday before heading across the street to perform at a women’s correctional facility.

Here’s a snippet of Friday’s festivities:

“Say what you want about the man,” Harris County Sheriff’s Office Public Affairs Director Jason Spencer tweeted. “But @kanyewest and his choir brought some light to people who needed it today at the Harris County Jail.”

According to a tweet from Harris County Sheriff Ed Gonzalez, West started the show by declaring, “This is a mission, not a show.”

On this date, @kanyewest visits @HCSOTexas jail system. “This is a mission, not a show”- Kanye

West is scheduled to speak on Sunday at Houston’s Lakewood Church, which is owned by TV evangelist Joel Osteen. TMZ reported Friday that the megachurch offered free tickets via Ticketmaster to the first 45,000 takers.