Kanye West played a surprise show at a private party for Verizon’s “Go90” app in Beverly Hills on Thursday night and that was only surprise No. 1.

Surprise No. 2 was that  West was in a good mood and upbeat, even when the audio engineers bungled his vocal channel on his opening song “Stronger”.

Inside a small tent on the grounds of the Annenberg Center for the Performing Arts, and steps away from traffic whizzing by on little Santa Monica Blvd., a week after clattering New York Fashion Week the first presidential candidate to announce for 2020 delighted a few hundred invited guests as the proper noun behind an invitation that promised “Celebrity Musical Performance” and emails warning “You don’t want to miss this.” 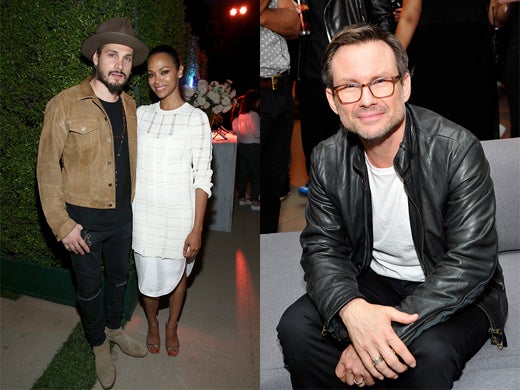 The site of the Vanity Fair Oscar party – lavishly produced by Jeffrey Best on Thursday night – was chock full of stars: Nina Dobrev, Alicia Silverstone, Zoe Saldana, “Drinking with the Stars” alum Emmy Rossum, Christina Milian perched on the back of a couch in the center of the room, Chrissy Teigen wearing white after Labor Day, party-friendly documentarian and Dell-ambassador Adrian Grenier, and Joe Manganiello, who ducked out before Kanye’s first notes of “Stronger”. 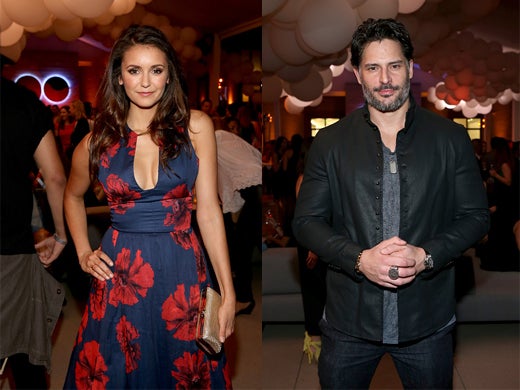 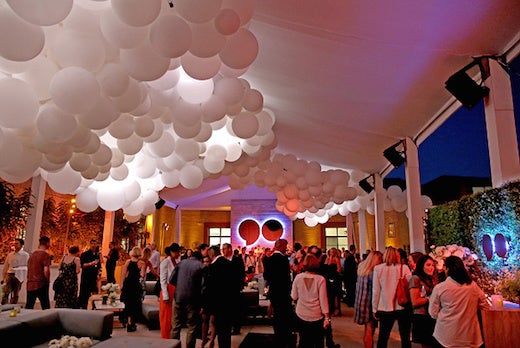 After the crowd filed back out to the patio, West arrived through a backdoor right at his 9:30 scheduled stage time, and blew through truncated versions of 10 hits alone on stage with his sampler on a pedestal, singing over tracks.

Preceded by an hour of fog machine blasts on the slim stage and the same stadium lights backline that lit up crowds at Glastonbury and OVO Festivals for him this summer, Kanye performed cloaked in haze and shadow, blinding many in an intimate tent not much bigger than the Kibbitz Room at Canter’s. 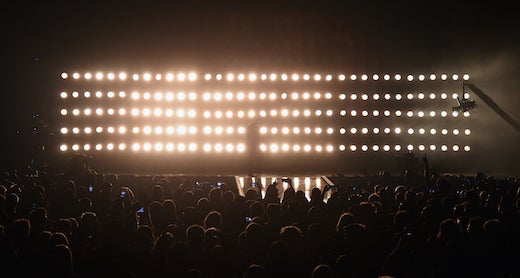 Reference photo of the lighting rig from Kanye’s last show – IheartRadio in the MGM Arena in Vegas on September 18.  (Ethan Miller/Getty Images for iHeartMedia)

West sang “Touch the Sky,” “All of the Lights,” “Good Life,” “Gold Digger” “Heartless,” “Can’t Tell Me Nothing,” “Power,” “Paris”, and ended with “Runaway.” He took special joy in the crowd – an older, more conservative, more sport-coated crowd than normal – loving “Gold Digger”, slapping hands in the front row.

The event launched “Go90,” a free view mobile TV app of curated programming from name brand producers like Comedy Central and Chris Hardwick’s Nerdist aimed at millenials. “Go90” refers to rotating your phone from portrait mode (thumb-typing) to landscape mode for video viewing. It allows social sharing of TV shows. After coming out of its shell at the cell phone industry’s CTIA conference in Las Vegas earlier this month with a co-sign from content provider Jeffrey Katzenberg, the app is now coming out of beta. 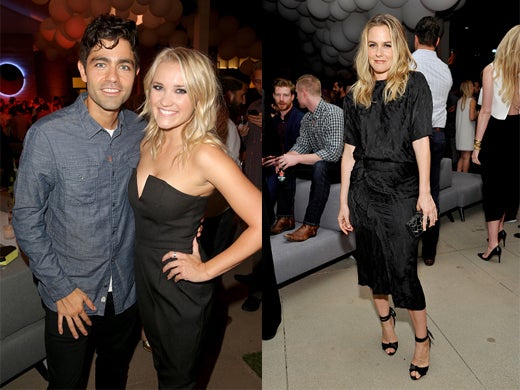 On trend with mobile and live-stream hits of the past year – see Amazon’s massive purchase of Twitch, Periscope’s instant adoption, and the recent Mirrativ app for screencasting from your mobile – Go90 will also feed live content, like this weekend’s “Life is Beautiful” festival from Las Vegas.

Guess who is headlining that show on Sunday? The same guy who is playing the Hollywood Bowl Friday and Saturday night.

“I have to save my voice for the next 2 nights,” West said, letting the crowd sing the chorus punch lines and skipping his usual mid-set sermons on creative culture and indictments of popular media. A perfect show.