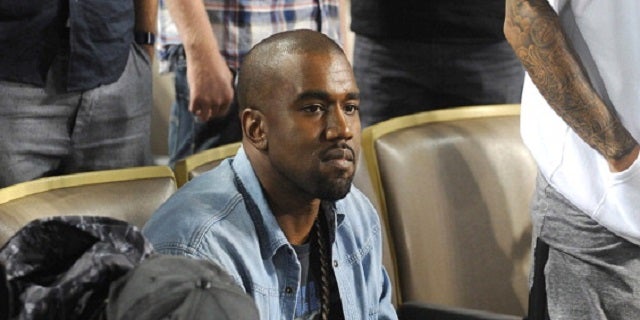 Kanye West allegedly hit a paparazzo during an altercation at Los Angeles International Airport — and now the rapper has been hit with a lawsuit over the incident.

Gloria Allred filed a lawsuit against West on Wednesday on behalf of videographer Danny Ramos, who claims that he was physically attacked by West on July 19 at LAX.

Allred claims that Ramos was standing approximately 10 feet away from West when he called out to him, "Kanye, can we talk to you, Kanye? What's going on? Why can't we talk to you? I mean why?"

According to the attorney, Ramos' line of questioning was related to reports from a week earlier that West told a group of photographers, "Don't talk to me. I don't want to hear paparazzi talk to me or anybody I know."

Ramos' line of questioning allegedly constituted fightin' words to West. According to a statement issued by Allred Wednesday, West, "without warning or provocation," attacked Ramos, "punching him and attempting to wrestle Danny's camera from his hands."

Allred claims that West's alleged attack caused injuries to Ramos' right hip, and that he had to be transported to the emergency room in a hospital.

In his own statement, Ramos said that he was "in complete shock" during the alleged attack  — even though, by Ramos' own account, West had acted in a threatening manner toward another photographer.

"When Kanye West attacked me, I was in complete shock. All I had done was ask him a question. I was terrified when Kanye started coming at me. I backed up because I felt from the look in his eyes, that he was going to attack me. I felt threatened because the week before I had seen a video on TMZ in which Kanye had confronted another videographer and placed his hand on the photographer's camera and acted in a way that appeared threatening."

Ramos added, "I was in terrible pain from the attack and I am still in pain."

"We allege that at the time of the attack described in our lawsuit that Mr. West sought to  prevent Danny from pursuing his occupation as a professional video photographer and that in perpetrating that attack on Danny, that Mr. West attempted to interfere and actually interfered with Danny's exercise and enjoyment of his fundamental rights to pursue a lawful occupation," Allred's statement reads.

A spokesman for West has not yet responded to TheWrap's request for comment.

"Celebrities enjoy many privileges. They are rich and famous, but they do not have any right to physically attack anyone simply because someone spoke to them," Allred said in her statement. "They need to respect people like Danny Ramos who are simply doing their jobs and trying to earn a living. Being in public means that we may hear statements that we do not like, but that is the price we all must pay in order to uphold the right of free speech."