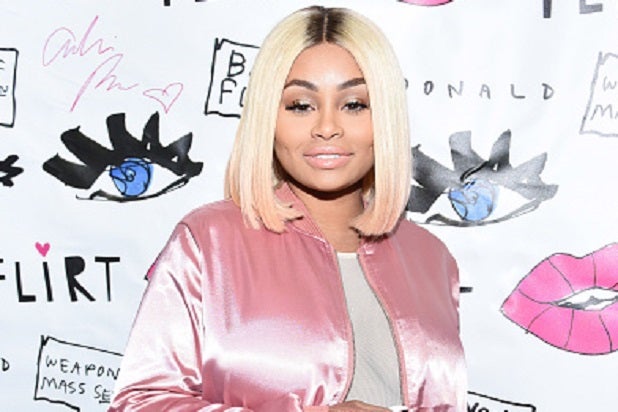 This could make things awkward around the Kardashian household this holiday season — as if it hasn’t been a tumultuous enough year for the Kardashian krew already.

Companies owned by Kim, Khloe and Kourtney Kardashian are trying to block their sister-in-law to-be, Blac Chyna, from registering a trademark for her future married name, arguing that it would damage their own brands.

Chyna, who’s engaged to Rob Kardashian and whose real name is Angela Renee White, applied for the trademark Angela Renee Kardashian back in May. It took several months for the Kardashian camp to complain, but on Dec. 1, the companies  Khlomoney Inc., 2Die4Kourt, and Kimsaprincess Inc. filed an opposition to the potential trademark.

As with almost everything Kardashian related, the opposition comes with a sizable amount of self-aggrandizement.

“Kim, Khloe and Kourtney are models, entrepreneurs, fashion icons. They starred in the reality television series, ‘Keeping Up with the Kardashians,’ which focuses on the personal and professional lives of the Kardashian-Jenner family, and also its spin-off series, including ‘Kourtney and Kim Take New York’ and ‘Kourtney and Kim Take Miami,'” the opposition reads. “Kim, Kourtney and Khloe have made personal appearances on various other television shows, films, magazines and newspapers. Kim, Khloe and Kourtney also wrote an autobiography titled ‘Kardashian Konfidential,’ which appeared on New York Times’s Best Seller List.”

The opposition states that Blac Chyna’s proposed trademark, for numerous entertainment services, would likely cause confusion among consumers.

“Upon information and belief, the Applicant intends to use the Opposed Mark in connection with services that are marketed and sold in the same or similar channels of trade, and to be purchased by the same or substantially similar classes of consumers as the services offered by Opposers, and each of them, under the Kardashian Marks,” the opposition reads.

The opposition goes on to accuse Blac Chyna of “deliberately seeking to profit from the goodwill and popularity of Opposers’ Kardashian Marks.”