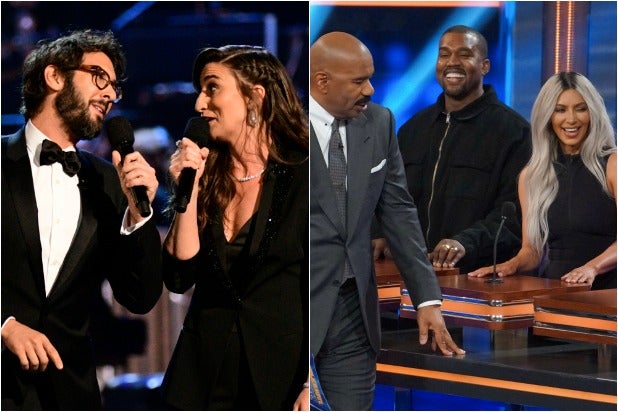 The Wests tried their best to keep up with the Kardashians last night on the season premiere of “Celebrity Family Feud.” Even bigger than those Thanksgiving bragging rights, the Steve Harvey-hosted game show carried ABC to a primetime ratings victory over CBS’ Tony Awards.

CBS did manage to average the most overall viewers last night, but it settled for second among the all-important adults 18-49 age range.

In addition to “Celebrity Family Feud,” ABC also aired the season premieres for “The $100,000 Pyramid” and “To Tell the Truth.”

NBC was third in ratings with a 0.6/3 and in viewers with 3.2 million, airing all reruns.

Fox was fourth in ratings with a 0.4/2 and in viewers with 1.3 million, also running all repeats.

Univision was fifth in ratings with a 0.3/1 and in viewers with 1.1 million.