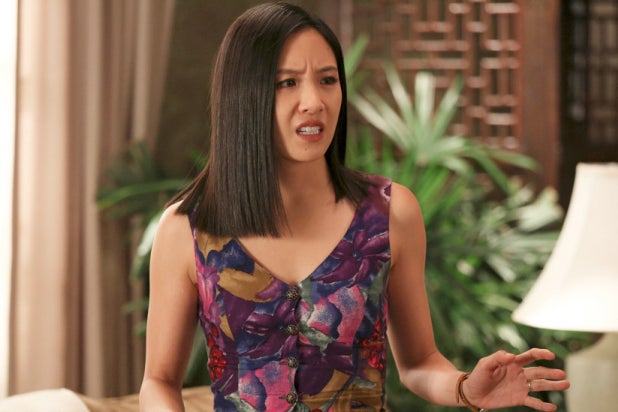 ABC president Karey Burke told reporters Monday that she has not spoken to Constance Wu since the “Fresh off the Boat” star publicly griped — and subsequently apologized for griping — over the show’s Season 6 renewal.

“I was happy that she apologized,” Burke said at her network Television Critics Association press tour day. “I’ve had no further conversations with Constance. ‘Fresh off the Boat’ has not been in production, they start production this week and I will see her at the table read.”

“We have ongoing conversations with the producers of ‘Fresh Off the Boat’ and it was made clear to us very early on that everyone took Constance at her word that she was apologetic for what she had said, and I have heard nothing about anything other than enthusiasm for everyone to get back to work,” she added a bit later during her Q&A with journalists and TV critics.

Also Read: Ratings: 'CMA Fest' Leads ABC to First Place as 'Big Brother' Can Only Do So Much for CBS

This isn’t the first time Burke has talked to reporters about Wu’s Twitter outburst.

“There’s been no talk of recasting Constance. We love what she does on the show and we love the show,” Burke had previously told reporters, that time ahead of the network’s May upfront presentation. “I did actually know that Constance had another opportunity that had ‘Fresh Off the Boat’ not gone forward, she would’ve pursued.”

“But we never really considered not bringing back ‘Fresh Off the Boat,'” Burke continued at the time. “The show is just too strong for us and we love it.”

Days earlier, the “Crazy Rich Asians” star reacted to news that her comedy was renewed by tweeting: “So upset right now that I’m literally crying. Ugh. F-.” And when a follower congratulated her with “Great news,” she responded, “No it’s not.”

Wu later explained that she wasn’t upset about the show’s renewal, but the fact that she would have to turn down another project to accommodate the show’s schedule.

“FOTB is a great show that I’m proud of and that I enjoy,” she wrote in a statement. “I’ve gotten to fully explore my character and I know her like the back of my hand. So playing Jessica is fun and easy and pleasant. I get to work with a kind and pleasant cast/crew … But in general, I’ve always sought artistic challenge over comfort and ease. I was disappointed in not being able to do that other project.”

Wu went on to apologize for the “ill-timing” of her words, and said they were “insensitive to those who are struggling.”

“People can hold conflicting feelings in their hearts-that conflict is part of being human,” she wrote. “So I can both love the show/cast/crew but at the same time be disappointed that I lost that other unrelated job. I appreciate those who have given me the space and faith to believe what I say about both parts of my heart. Thank you.”

“I’m going to choose to believe Constance’s most recent communication about the show, that she is happy to return,” Burke said at the upfront. “The cast and crew is happy to have her back and we’re thrilled to have her on the show.”