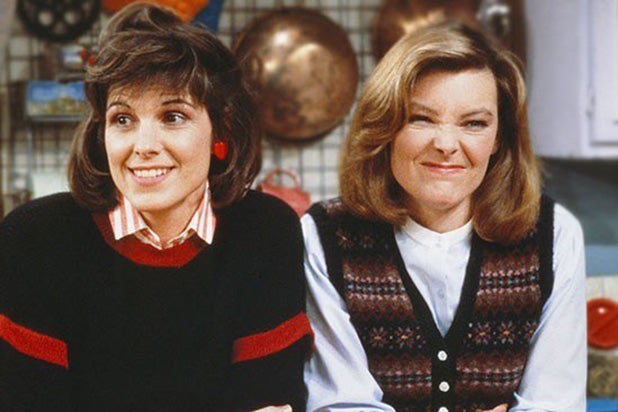 A reboot of ’80s series “Kate & Allie” from Erica Oyama and Nahnatchka Khan has received a put pilot order at NBC.

Here’s the logline for their version, straight from NBC: “An updated take about two best friends raising their kids together in one household. Like sister wives, only they don’t have to pretend to love the same man with bad hair. Through their unconventional arrangement, the two prove romance isn’t necessary to be a successful woman and mother.”

The original “Kate & Allie” aired from 1984 to 1989 and starred Susan Saint James and Jane Curtin, respectively, in the title roles. The logline for that one was a lot more to the point: “Two divorced mothers and their children share an apartment.”

In 1984 and 1985, Curtin won back-to-back Emmys for her role. She would be nominated twice more. The show itself was nominated for Outstanding Comedy Series three times, but never won.

Oyama is the writer and creator of web series “Burning Love.” Most recently, she’s served as co-executive producer of the critically acclaimed Netflix comedy “Never Have I Ever” and the forthcoming “Young Rock” for NBC.

Fierce Baby currently has a four-year overall producing deal with Universal Television for Khan to create, develop, write, supervise and produce series projects, as well as a multi-year first-look feature deal at Netflix.