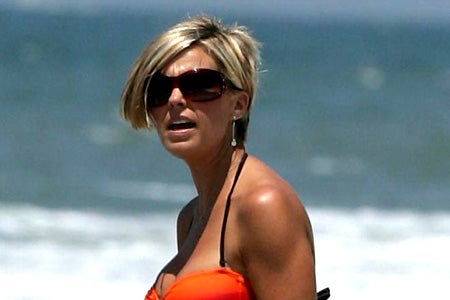 Reality superstar Kate Gosselin is set to return to television later this year in a brand new TLC series of her own, TheWrap has learned.

According to a source close to the untitled production, the series will depict the former matriarch of "Jon & Kate Plus 8" as a fish out of water “trying different jobs and tasks and showing how she performs in the different environments.”

The show will also likely have an interactive component, with the professions and corresponding challenges being somewhat determined by the audience. "It’s more like Kate Gosselin, firefighter," noted the production source, "not Kate Gosselin, wife and homemaker."

The show — tentatively scheduled to debut in late spring or early summer — will not feature ex-husband Jon or any of her eight children. "She’s proven herself to be a celebrity in her own right," an executive at Discovery, which owns TLC, told TheWrap, "and, with the interest she generates, she can fit into any role on her own."

For its part, TLC denied that a format had been determined for a show featuring Gosselin.

"This is just the latest speculation from supposed sources. Last week everyone was announcing "Date Kate." We are still in development and looking at a number of ideas. When we have determined what the show will be, you will hear directly from us.

After five seasons, the last episode of the hugely successful "Jon & Kate Plus 8" aired in November. Amidst tabloid headlines and high ratings, the reality show’s last season saw the Pennsylvania couple’s 10-year marriage collapse, controversy emerge over whether the twins and sextuplets were being exploited on air and claims that there had been very little real about Jon and Kate for a very long time.

That fallout proved little disincentive to TLC, who, a production source informed TheWrap, are primarily doing the new show with Gosselin "because they are worried if they don’t do it with Kate, someone else will."