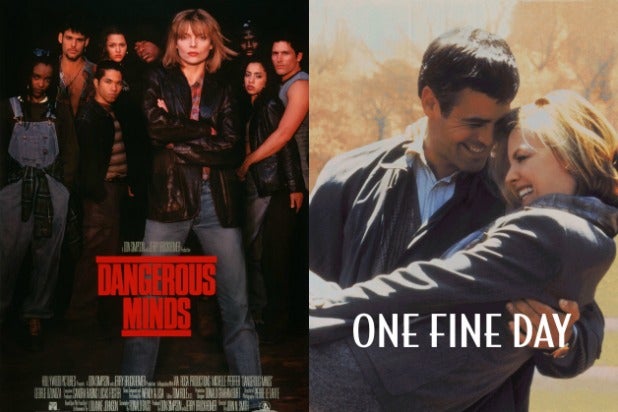 Dangerous Minds and One Fine Day

Kate Guinzburg, who was actress Michelle Pfeiffer’s producing partner, has died, her family confirmed to TheWrap. She was 60. Through their Via Rose Productions banner, they produced such films as “Love Field,” “Dangerous Minds” and “One Fine Day” in the 1990s.

Guinzburg died Sunday at her home in Los Angeles after a lengthy battle with ovarian cancer.

Pfeiffer met Guinzburg when she was working as a production coordinator on 1986’s “Sweet Liberty.” Originally Pfeiffer-Guinzburg Productions, they launched their Via Rose banner in 1990 and signed a deal with Columbia and then Disney. Via Rose’s first feature 1992’s “Love Field,” earned Pfeiffer an Oscar nomination for best actress.

Via Rose specialized in projects focused around strong women, relationships, and families. The banner went on to produce other films which Pfeiffer headlined, including 1995’s “Dangerous Minds” which was the banner’s biggest box office success, along with 1996’s “One Fine Day,” 1997’s “A Thousand Acres” and “The Deep End of the Ocean,” “Original Sin,” and “Carolina.” The production banner disbanded in 2003.

Guinzburg is said to have been among friends who set up Pfeiffer on a blind date with writer-producer David E. Kelley, who Pfeiffer would marry in 1993, according to The Hollywood Reporter.

Guinzburg was born in New York City on July 6, 1957, and started out as a production coordinator on 1983’s “Eddie Macon’s Run.” Guinzburg’s credits as a coordinator also include credits 1983’s “Easy Money,” 1984’s “Moscow on the Hudson” and “Ghostbusters.”

Guinzburg is survived by her daughters Olivia, a talent coordinator at CAA, and Louisa, a senior at Bennington College.

The Hollywood Reporter first reported the news of Guinzburg’s passing.