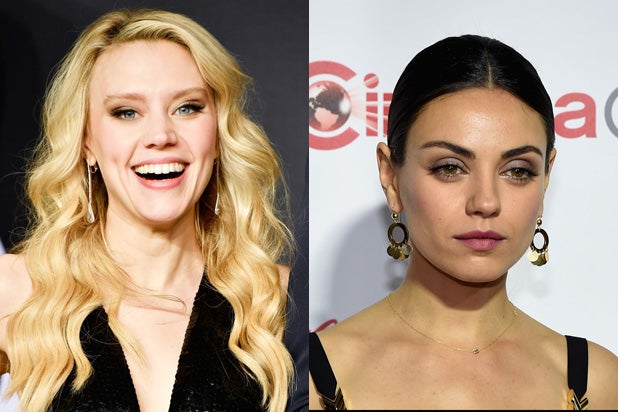 “Saturday Night Live” Emmy winner Kate McKinnon and “Bad Moms” star Mila Kunis are in negotiations to star in Lionsgate’s “The Spy Who Dumped Me,” TheWrap has learned.

Susanna Fogel will direct the film from a script she wrote with David Iserson. Brian Grazer and Imagine Entertainment are producing. Lionsgate declined to comment.

“The Spy Who Dumped Me” follows two best friends who end up in an international conspiracy after one’s ex turned out to be a spy.

McKinnon, probably best known for her “SNL” portrayals including Hillary Clinton and Kellyanne Conway, was most recently on the big screen as an offbeat human resources employee in Paramount’s “Office Christmas Party.” She will appear in Sony’s “Rough Night” along with Scarlett Johansson, which opens June 16. McKinnon is also attached to DreamWorks’ “The Lunch Witch” and Fox’s “Women in Business.”

Kunis last appeared in STX’s surprise summer hit “Bad Moms,” which has already spawned a sequel, “A Bad Moms Christmas,” set to hit theaters in November. She will lend her voice to Paramount’s Nickelodeon-partnered animated film “Amusement Park” along with Matthew Broderick, Jennifer Garner and Jeffrey Tambor, which is slated for a July 13, 2018 release.

McKinnon is represented by UTA and Principato Young. Kunis is repped by CAA and Curtis Talent Management.