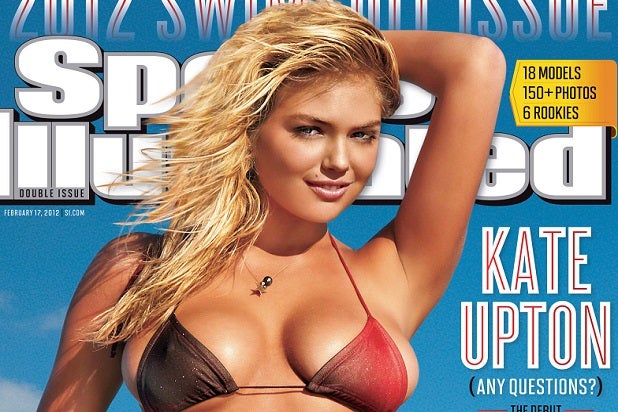 Kate Upton is gracing the Sports Illustrated Swimsuit issue cover for the third time, something that is both titillating and irritating Twitter simultaneously.

The model and occasional actress is currently being called both a “goddess” and “built like a Lay’s potato chip” on the popular social media platform. Some users are asking for more diversity and less repetition from SI in terms of cover model selection, while others straight up want more diversity.

“*Sigh* yet another white girl #whitewashed,” one member tweeted.

Also Read: Kate Upton Shreds MLB Over Cy Young Vote: 'I Thought I Was the Only Person Allowed to F-k Justin Verlander'

Here are some of the favorable and unfavorable reactions this morning below. Let us know in the comments section which side you side with:

Kate Upton oh my god you are an absolute goddess

Has there ever been a worse model than Kate Upton yes the Jenner sisters but still Kate is v bad https://t.co/Aqmg6grJ5W

So you're telling me Justin Verlander gets to pitch in the MLB and go home to Kate Upton. Life isn't fair.

Kate Upton is hot af just tired of her being the swimsuit SI cover.

Kate Upton ain't all that attractive to me.

So, Kate Upton is on the SI cover?

And because we’re not into torture, here are the actual covers: