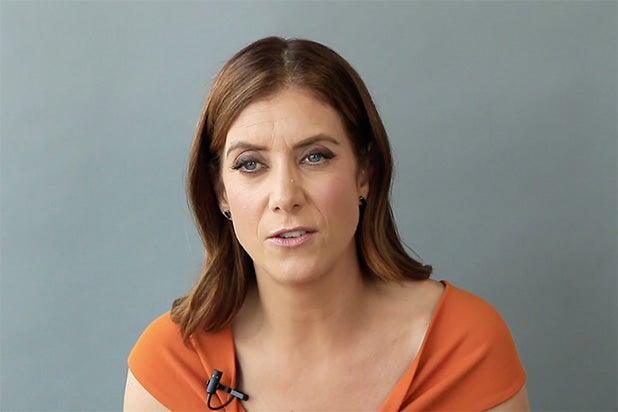 Kate Walsh has spent plenty of time playing a surgeon on TV, and she has now revealed that she had a serious health scare herself when she was diagnosed with a brain tumor in 2015.

The former “Grey’s Anatomy” and “Private Practice” actress said at first she thought she was just exhausted and over-worked and was reluctant to see a doctor.

“I had been working insane hours, maybe 80 hours a week, and also working out really hard, so I wasn’t surprised,” she told Cosmopolitan. “I figured, OK, I’ll change up my workout routine, I’ll go back to mellow stuff like hiking.”

However, she then noticed that her balance was off, her driving suffered and she began struggling to finish her sentences.

“I thought maybe it was menopausal symptoms, because there are a lot of the same markers, but I really pushed to see a neurologist, I just had an instinct,” Walsh, 49, said. “I had to really advocate, because they don’t hand out MRIs so easily, but I got an MRI and thank God I did.”

In June 2015, she was diagnosed with a brain tumor — a meningioma the size of a lemon, which upon surgery was found to be benign.

“It was over 5 cm, like a small lemon in my head, causing quite a bit of damage: there was a lot of swelling, and I had started getting shooting pains in my head. I shattered my pinkie the night before my MRI, because I had no depth perception,” Walsh explained. “It was crazy. The whole situation was so overwhelming, and I was just so relieved to know there was something wrong, that it wasn’t just my imagination and that my instincts were correct.”

The “Bad Judge” actress called the tumor “a really big wakeup call to do annual check-ups.”

Even when juggling projects such as “13 Reasons Why” and “Girls Trip,” Walsh says now “my health comes first, and I’ve had to change my lifestyle. In my business, it’s not unusual to be working 17 hour days, so it can be really challenging, but now I know I absolutely need 7 or 8 hours of sleep. As basic as that sounds, it was a huge part of my recovery.”

As for if playing a medical professional for so many years helped her handle the crisis, Walsh said: “It was the total opposite! You’d think that after playing Dr. Addison for the better part of a decade, where I spent more time on a hospital set than at my house, that I would feel somehow more comfortable, but I was such a little scaredy-cat,” she said.