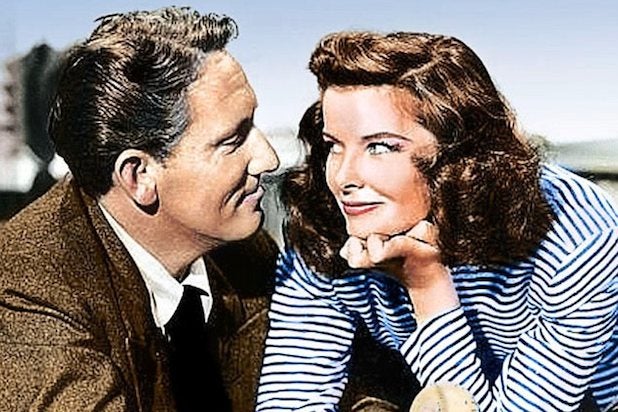 Spencer Tracy and Katharine Hepburn‘s legendary Hollywood romance is ready for its close-up, as David Permut‘s Permut Presentations and Reunion Pictures have started developing the movie “Tracy and Hepburn,” an individual familiar with the project has told TheWrap.

David Rambo wrote the script, which starts when the iconic screen duo first meet at MGM Studios as they prepare to shoot “Woman of the Year,” and ends with Tracy’s death soon after the actor wrapped “Guess Who’s Coming to Dinner.”

Tracy and Hepburn starred in nine films together over 27 years, during which time the married Tracy struggled with alcoholism, which often put a strain on their relationship.

Permut will produce with Lisa Richardson and John Dayton, the latter of whom produced several of Hepburn’s movies, including her final film “One Christmas.”

Chris Mangano will executive produce with Tom Rowe and Matthew O’Connor. The producing team will begin looking for a director soon.

Also read: Ridley Scott to Direct Another ‘Blade Runner’ — It Won’t Be a Remake (Updated)

Rambo and Permut previously collaborated on “The Lifeguard,” a one-man play about Ronald Reagan.