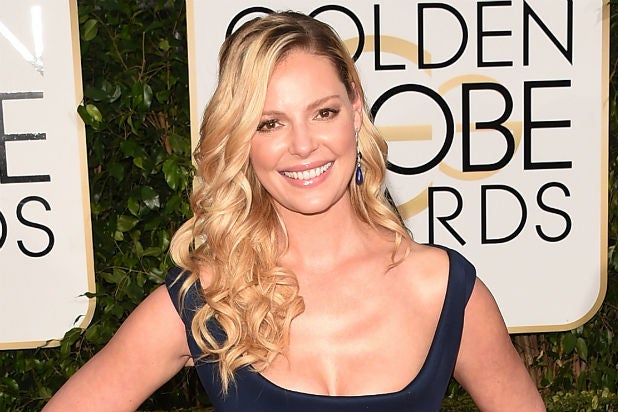 Katherine Heigl detailed an awkward encounter she had with Seth Rogen following her criticism of their 2007 film “Knocked Up” in which she called the comedy “sexist.”

“I ran into him at a restaurant and I didn’t realize it was as serious as it was,” Heigl said on The Howard Stern Show Wednesday. “Probably six years ago, seven years ago. I walked up like, ‘Hey guys!’ It was him and Evan [Goldberg] like, ‘How are y’all?’ They were very like, ‘Uhh…’ and I was like, ‘Oh, you are really mad.’ I didn’t realize it was that bad!”

She joked that she walked away from the situation giggling, while mumbling, “Anyway, nice to see you!’

“It was an immature, dumb-ass moment,” she said of comments critical of the movie in 2008.

In an interview with Vanity Fair at the time, Heigl said the movie, costarring Paul Rudd, Leslie Mann, Jonah Hill and Jason Segel was “a little sexist.”

“It paints the women as shrews, as humorless and uptight, and it paints the men as lovable, goofy, fun-loving guys,” she said. “It exaggerated the characters, and I had a hard time with it, on some days. I’m playing such a bitch; why is she being such a killjoy? Why is this how you’re portraying women? Ninety-eight percent of the time it was an amazing experience, but it was hard for me to love the movie.”

Rogen and Apatow called Heigl hypocritical, and according to the New York Daily News, Apatow said, “[You would think] at some point I’ll get a call saying ‘Sorry, I was tired…’ and then the call never comes.”

Indeed, Heigl admitted to Stern that she never made the call.

“I did it publicly instead, and kind of tried to say, ‘Look, this was not what I meant, this was an incredible experience for me and they were incredibly good to me on this movie so I did not mean to shit on them at all,’ but I thought about writing a note,” she said. “I feel embarrassed. I don’t want it to feel insincere on any level.”

She added, “I absolutely owe anybody an apology who I unwillingly offended or disrespected.”

Listen to her interview below.