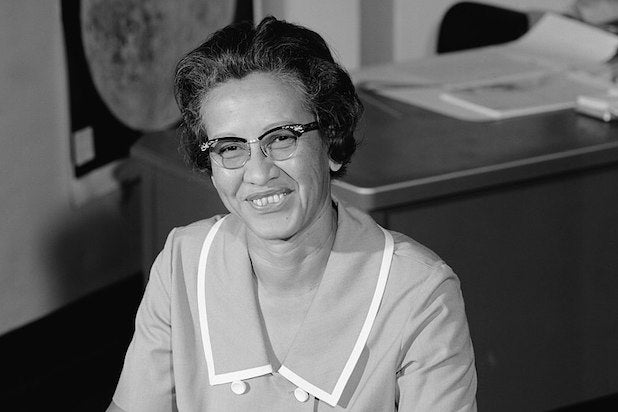 Katherine Johnson, a pioneering mathematician and NASA employee who was pivotal in helping in America’s space race and was portrayed by Taraji P. Henson in the film “Hidden Figures,” has died. She was 101.

“We’re saddened by the passing of celebrated #HiddenFigures mathematician Katherine Johnson. Today, we celebrate her 101 years of life and honor her legacy of excellence that broke down racial and social barriers,” NASA said in a tweet on Monday. “Here at NASA’s Langley Research Center, where Katherine worked for some 33 years, we will carry forward her legacy. Katherine believed in equality. She overcame obstacles to achieve great things and make life better for others.”

In 1962, Johnson was one of the women who helped provide the math of orbital mechanics that would allow John Glenn to pilot a spacecraft into orbit. Glenn specifically entrusted Johnson with the mathematics, with Johnson recalling the astronaut saying, “If she says they’re good, then I’m ready to go.”

Johnson worked at NASA’s Flight Research Division for 33 years but went widely unknown in the general public for decades until her story was told as one of the few African American women in the space program. Henson portrayed Johnson in Theodore Melfi’s 2016 film “Hidden Figures” (based on Margot Lee Shetterley’s non-fiction book from the same year) alongside Janelle Monáe as Johnson’s real-life colleagues Mary Jackson and Octavia Spencer as Dorothy Vaughan. Johnson even appeared at the 2016 Oscars with the stars of the film. 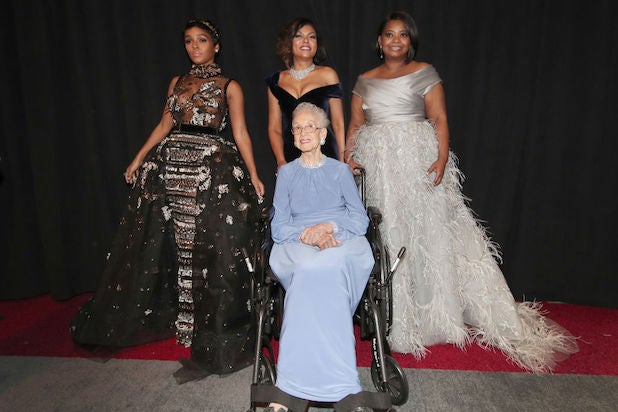 Johnson grew up in the Jim Crow era in White Sulphur Springs, West Virginia and graduated from West Virigina State College, taking a teaching job at a black public school after graduating. In 1952, she took a job at the National Advisory Committee for Aeronautics’ (NACA’s) Langley laboratory in the all-black West Area Computing section as led by Vaughan. After the launch of Sputnik in 1957, the team from NACA was brought to help NASA in the space race. Once there, she did trajectory analysis for Alan Shepard’s 1961 mission Freedom 7, and she was the first woman in NASA history to receive credit as an author on a research report.

We're saddened by the passing of celebrated #HiddenFigures mathematician Katherine Johnson. Today, we celebrate her 101 years of life and honor her legacy of excellence that broke down racial and social barriers: https://t.co/Tl3tsHAfYB pic.twitter.com/dGiGmEVvAW

Our @NASA family is sad to learn the news that Katherine Johnson passed away this morning at 101 years old. She was an American hero and her pioneering legacy will never be forgotten. https://t.co/UPOqo0sLfb pic.twitter.com/AgtxRnA89h

Katherine Johnson not only helped calculate the trajectories that took our Apollo astronauts to the Moon — she was champion for women and minorities in the space program and the world as a whole. We honor her memory today. https://t.co/kH9qEEvdMY pic.twitter.com/A341ukDFTl