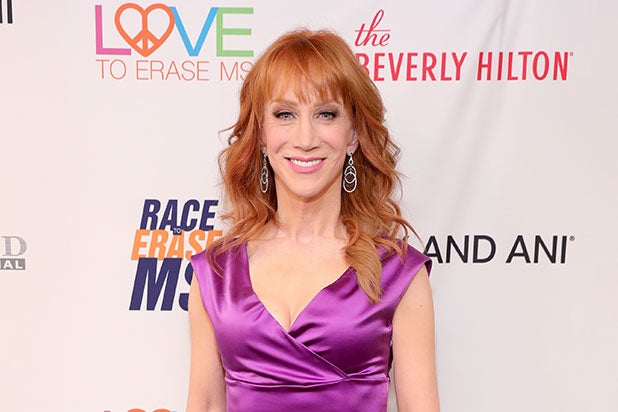 The message was accompanied by a tribute video to her sister, which ended with a cartoon image of a woman enjoying a drink on the beach.

“This is where she always wanted to be … & now she’s having a mai tai on the beach in heaven,” Griffin said.

In July, Griffin displayed her support for her sister by shaving her head as Joyce battled the disease.

New York Magazine’s Yashar Ali posted the pictures of the Emmy Award winner’s freshly shaven head with the caption, “In solidarity with her sister, who is going through chemo, @kathygriffin shaved her head. Donate to @AmericanCancer.”

In one picture, Griffin’s mother rubs the comedian’s head. In the other photo, it looks like Griffin is topless while holding her bald head. According to Us Weekly, Griffin has not spoken publicly about her sister’s battle with cancer. People reported that in 2014, her brother Gary died at age 63 after battling stage-four esophageal cancer for more than two years.