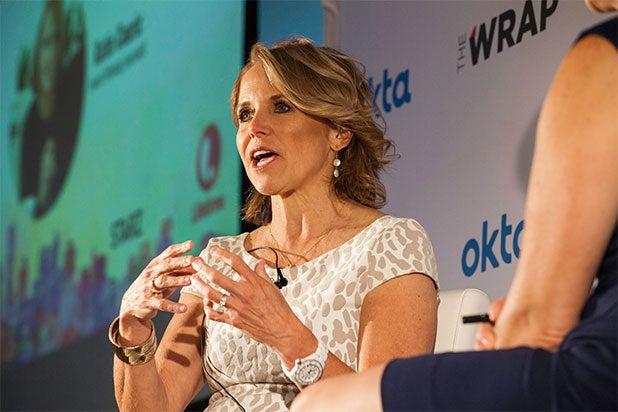 Yahoo News’ Katie Couric had a testy confrontation with a Russian Foreign Ministry spokesperson when the veteran anchor asked about gay men being allegedly detained and tortured in Chechnya.

The Russian official, Maria Zakharova, became visibly annoyed when Couric brought up “disturbing reports” about the government in Chechnya rounding up and arresting gay men.

Couric didn’t back down on Thursday, continuing to read a report alleging how some of the gay men have been tortured and at least three have died.

Couric asked, “What is Russia doing about it?”

Zakharova timidly responded, “Holding an investigation… as normal countries do in these cases.”

The Yahoo News anchor then offered to read a passage from the New York Times when Zakharova cut her off, “I just asked you. This is not my field.”

The two continued to go back and fourth before Couric finally read a damaging passive from the Times that details the “abominable crime by a Russian republic.”

“All you can say is there is an investigation underway?

Zakharova declined to elaborate on the investigation and appeared visibly annoyed she had to even consider discussing it.

Katie Couric asked a Russian Foreign Ministry spokeswoman about the torture and killing of gay men in Chechnya.

Her response is telling. pic.twitter.com/WOpZNCeDjJ

The Times’ op-ed that Couric kept referring to was published on April 24 and is titled “Chechnya’s Crackdown on Gays.” It details a “bloodcurdling” accounts of “arbitrary detention and possible extrajudicial killings of men suspected of being gay.”

“This abominable crime by a Russian republic and its reprehensible cover-up warrant a strong response from Moscow and the international community. That would be a stretch for the Russian government, which is denying that there is evidence of any crimes and has sought to keep its own gay population invisible,” the Times’ editorial board wrote.