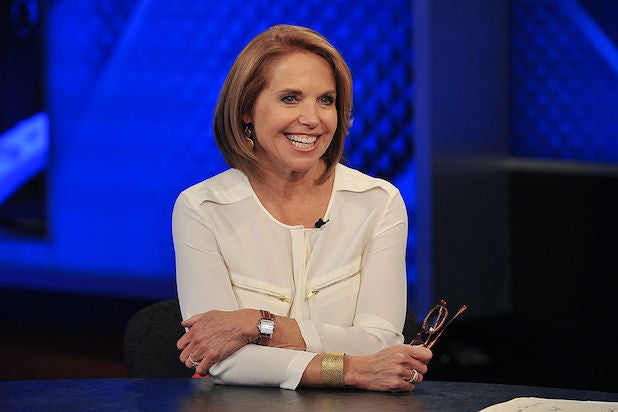 Katie Couric is stepping down as Yahoo’s global news anchor after joining the company in November 2013.

“Over the past three years, we have produced a wide range of high quality video content that was delivered to millions of viewers. I learned some valuable lessons during my tenure, which I will take with me as I continue to create, develop and produce a variety of content for different platforms in this constantly evolving landscape,”

Couric is currently negotiating with CEO Tim Armstrong to remain on a project basis, according to a Yahoo insider.

Since joining Yahoo in 2014, Couric and her team have generated nearly 1 billion video views. They’ve generated an average of 14 million views each week on original video products, and produced 50-60 videos each week.

“Over the last four years, Katie has created a vast portfolio of work that has been equal parts inspiring, thought-provoking and fun to watch,” a spokesperson for Oath — now a subsidiary of Verizon, which recently acquired a large portion of Yahoo — told Recode. “We’re proud of everything she has accomplished and look forward to exploring ways to work together in the future.”

Couric covered a variety of events for Yahoo, from Election Night to an exclusive interview with Edward Snowden in Moscow. Seven million people watched the Inauguration of President Trump live on Yahoo.

Verizon — the parent company of AOL — announced it would scoop up Yahoo last July for nearly $5 billion. The companies agreed to drop $350 from the sales price in February after two hacks compromised more than a billion Yahoo accounts.